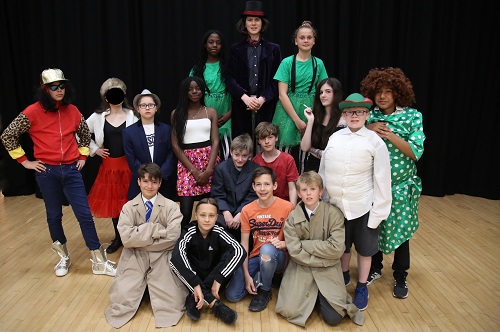 “It’s starting! Shhh! Shhh! It’s starting! “Everybody please be quiet!” My heart pounded as I peeked through the curtain. The studio was full. I saw some familiar and quite a few not so familiar faces which set free the butterflies in my stomach. Suddenly I froze. “Oh no!” My mum was already there, as always on the phone, completely oblivious to the fact that the flash of her camera was on, dazzling the audience next to her. I tried to wave to get her attention. “Mum, you’re going to blind everyone!” I whispered. She couldn’t see or hear me so I decided to retreat in shame behind the curtain “OMG sooo embarrassing” I thought to myself. “Here we go, Oliver out!” the calm and collected voice of Mrs. Cleaves brought me to reality.
The Junior Drama Production 2019 had its first opening performance on a sunny morning of Wednesday 15th May with every pupil in the Lower School taking part. Superbly directed by the dynamic duo – Mrs. Cleaves and Mr. Gardner, each drama group performed their own piece – a shortened version of one of four musicals and a well-known play.
After a short introduction from the show’s narrators – Hannah Gross and Elena Kelsall, ‘Matilda’ opened the first night with a hysterical impersonation of Ms. Trunchbull delivered by Alex Mansour and the famous song “When I grow up” sang by Lucy Butler.
Next was ‘Oliver’ with the light-fingered Artful Dodger, played charismatically by Sebastian Mahon, pickpocketing the audience who were already wonderfully confused by the fact that there were three Olivers in ‘Oliver’ – Adam Thomas and Justice Keshinro as Oliver, and Oliver Glasspool as Fagin.

‘Government Inspector’ was a hilarious comedy of errors which like the original play ridiculed human stupidity and never-ending corruption. However, this time luckily on a smaller scale of the school council (no intended comparison to our own school council).
Annie, played by Chloe Davies and the sweet voices of little orphans singing “It’s the Hard Knock Life” while scrubbing the floor, surely squeezed a tear or two from some parents’ eyes, while putting a song in our hearts and a smile on our faces. 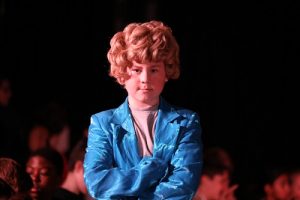 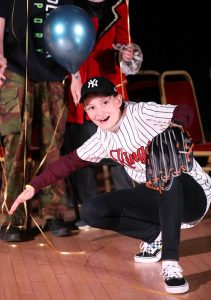 My most vivid memory though is from Thursday’s performance of ‘Charlie and the Chocolate Factory’ when the two reporters, portrayed by Alex Challinor and Jake Combes, despite their best efforts couldn’t get the chocolate river to unroll and swallow Augustus Gloop; played brilliantly by Henrik Arnesen – Carnell, to the horror of an unforgettable Mrs Gloop (Alok Upret) which, together with Violet (Thomas Edwards), her outfit and accent, stole the night in my opinion.

All in all, I felt we all gave 100% and put our hearts and full enthusiasm into it, rehearsing and learning the scripts to ensure we delivered to a really high standard. However, we wouldn’t be able to achieve it if it wasn’t for all those fantastic people who directed the show, taught us how to sing and dance, who managed the lighting and sound, accompanied the music, designed and modified our costumes and who helped in many other ways. Thank you to you all on behalf of all of the pupils in the Lower School.
≪ Back to House Magazine Summer 2019