King Edward’s takes pride in its academic, socio-economic and cultural diversity. The School ensures that all pupils are congratulated for their effort and dedication to achieving personal success. Behind the statistics and results each child has a unique story. King Edward’s Sixth Form offer the International Baccalaureate Diploma Programme (IB) and A-levels.

The IB is followed by most King Edward’s 165 Sixth Form pupils. This year 100% of pupils passed the IBDP with an average score of 34.7 points, well outstripping the worldwide average for IB students of 30 points out of a possible 45.

Within the cohort of 38 pupils who sat A-levels almost a fifth achieved A*/A. Overall the School appreciates the determination and dedication shown by pupils and staff. It is committed to being aspirational for the individual.

International pupils, who joined for the one year Pre-Sixth GCSE course, did very well. Five of them gained five or more GCSE passes at A*-C, including English and Maths; a great achievement for pupils studying in their second language.

We have been blown away by the high quality of our 5th Form pupils’ Inquiry Projects this year. The Inquiry Project is an independent research project with the opportunity to explore whatever topic is of greatest interest to each pupil. It offers a chance for 5th Form pupils to develop their creativity, explore their motivation,...

Miss Condy and everyone in Elizabeth bids a fond farewell to the girls leaving today! https://t.co/bqaj5xQHT0

Delighted to have some of our L6th Form back on si 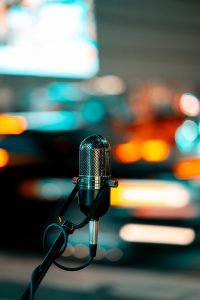 Welcome to our Awards Day which is now live – please click here. We are joined by our guest speaker Ben McBean. It is a privilege to be joined by someone who exemplifies resilience and a creative approach to overcoming adversity. We welcome you to celebrate the considerable achievements our pupils have enjoyed this year in such an unprecedented circumstances.