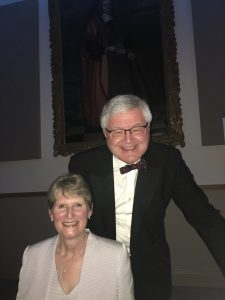 Pupils and staff bid a fond farewell to a highly-revered senior member of staff at the end of term when Stephen Pugh, Senior Deputy Headmaster, hung up his academic gown after 30 years’ service at the School. To mark the occasion, a retirement party, attended by 120 current and former staff, was held in the School’s Selborne Room.

During Stephen’s tenure at King Edward’s, his career has evolved as he has taken on different roles and responsibilities, moving from Director of Studies, to Deputy Head and most recently Senior Deputy Headmaster.

Stephen said he always knew he wanted to be a teacher. He fulfilled his ambition by winning a place at Keble College, Oxford and then teaching at another school before joining King Edward’s.

Having been appointed as Head of Classics at King Edward’s Witley in 1989, Stephen and his family moved to the South where he made an immediate impact, first in his subject and then in the School. As a teacher he has inspired many ‘Old Witleians’ (the School’s alumni) to love and pursue Latin, Greek and the Classics. As Master in Charge of Oxbridge, he worked with pupils, motivating and preparing them thoroughly for the rigorous and probing interview processes. 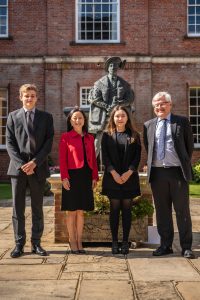 Mrs Joanna Wright, Head, said, “It has been a privilege for us all to work alongside Stephen – a passionate schoolmaster who worked tirelessly and embodied the sense of duty and service characteristic of King Edward’s. Stephen has been an excellent ambassador, always leading by example and clearly embodying the positive values upheld by the School. He was kind enough to delay his retirement date in order to enable me to settle into my new role as Head and to act as a buffer during times of change. This he has done with his characteristic cheery optimism, calm authority and a warm sense of humour. Many pupils and staff will have their own stories to tell but most importantly, there is a common theme; that of deeply felt respect and affection for someone who has done their very best and who has made a difference. We will miss him and we wish him well as he embraces a more flexible pace of life in retirement.” 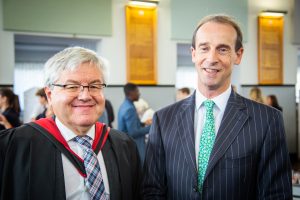 Stephen is succeeded by new Deputy Head, David Corran who brings a wealth of experience to the role having worked at a number of prestigious independent schools, in addition to teaching overseas. He joined the School in September following a year at Millfield School in Somerset where he was Head of Department (French).