On Tuesday 10th March the School celebrated Bridewell Day with a buffet luncheon at Guildhall followed by a service at St Bride’s Church in Fleet Street, marking 153 years since King Edward’s moved from our original location in Southwark to the Surrey Hills.

Up bright and early, with uniform pressed and shoes polished, all 2nd Form, 4th Form and Upper Sixth Form King Edward’s pupils travelled up to London by coach arriving at the Old Library, Guildhall at 12 noon. They were joined by Barrow Hills School Head Boy, Head Girl and Bridewell Singers, accompanied by Barrow Hills Head Mr Philip Oldroyd and his wife Mrs Niki Oldroyd. At 12.30, the Right Honourable the Lord Mayor of the City of London, Alderman William Russell, and Lady Mayoress Hilary Russell arrived by Rolls Royce in the courtyard at Guildhall and were met by Sheriff Christopher Hayward and the Sheriffs’ consorts, Treasurer Mrs Justine Voisin and Head Mrs Joanna Wright. They were escorted to the Old Library to join staff, pupils, Old Witleians and friends of the Schools.

Our Vice President, Alderman Sir David Wootton, began proceedings with presenting five Bridewell Medals to Old Witleians and to The Worshipful Company of Girdlers. We are delighted to be recognising and thanking them all for their most generous support for the School and Foundation.

The Lord Mayor began his speech with the words “Welcome to the City of London, or should I rather say welcome back within the City limits in King Edward’s Witley’s ancestral home. ” He continued, “Over 450 years ago, the Bridewell Royal Hospital was founded on the banks of the River Thames and granted to the care of the Lord Mayor and the City of London to help poor and disadvantaged children with education and training. Although they have now moved to altogether greener surroundings, your links with the City remain as strong as if you were only a ten minute walk away. I am so pleased to see that today the City’s educational legacy lives on through the pupils of King Edward’s Witley.”

The Lord Mayor handed over to the Head Boy, Ben Dowson. “Today we are here to celebrate the 467th anniversary of the Foundation of Bridewell Royal Hospital. It is my duty and honour to thank everyone who has supported the School over the last four centuries.” Ben quoted the late Kobe Bryant, who said “the most important thing is to inspire people so they can be great in whatever they want to do” which, he explained, is exactly what King Edward’s Witley does. Ben continued, “King Edward’s has evolved into a community where we do not only serve ourselves but serve others as well. The School is a family. As my days at the School are now limited, I want to challenge myself and my fellow pupils. As Winston Churchill once said, “History will be kind to me, for I intend to write it”. Let’s write our own history and show the world what we are made of. Thank you for hosting our celebration and may our connection with the City continue with persistence and mutual appreciation.”

Following a splendid Bridewell Buffet Luncheon with canapes and wine for Sixth Form pupils, staff and guests and packed lunches for the younger children, and an exquisite atmosphere created by King Edward’s Witley’s Jazz Band, directed by Mr Theo Frazer, playing in the Gallery, pupils and staff from both schools walked from Guildhall to St Bride’s Church.

At St Bride’s Church, also known as “The Journalist’s Church”, it was particularly special to have our two gowned female leaders with Head, Mrs Joanna Wright, and Treasurer, Mrs Justine Voisin walking in the footsteps of Kings and Queens, princes of the Church, leaders of State and famous men and women of literature and history.

The church service began with the procession of the Verger, the City Marshall, the Sheriff, the Alderman and Sheriff, the Lord Mayor’s Chaplain, the Serjeant-at-Arms, the Swordbearer, the Vice-President, the Lord Mayor, the Head, the Treasurer, the Crucifier, the Guild Marshal, the Preacher, the Church Wardens, the Gold Mace of St Bride’s, and the Rector of the Church of St Bride’s. Our Chapel Choir, joined by the Barrow Hills School Bridewell Singers, and conducted by Mr Stasio Sliwka, Director of Music, were simply outstanding in their singing of the Te Deum by John Rutter and I was glad by Sir Charles Hastings Hubert Parry and the congregation were amazed and delighted by the Brass players who played from the gallery.

In his sermon, the Very Reverend Dr David Ison, Dean of St Paul’s, explained how Henry VIII had built Bridewell Royal Palace for himself before he ransacked the Monasteries, but he got bored of it. He let it out to the French Ambassador for a while but it stood empty so our Founder, Nicholas Ridley, Bishop of London, was then able to persuade the boy King, Edward VI, to part with his “unused, empty Bridewell Royal Palace” to house, care and educate the under-privileged and destitute, because the King should follow God’s example of loving generosity.

The Bridewell Mace, the symbol of the commission of Bridewell Royal Hospital from the City of London, was then brought into the church by the Beadle and presented to the Lord Mayor, blessed by the Bishop and carried to the Vice-President who touched the Mace to re-affirm the Governors’ acceptance of the City’s commission and their own commitment to uphold the aims of the Bridewell Royal Hospital. The service concluded with an uplifting rendition of the National Anthem, dedication, prayers and blessing.

The Head, Mrs Joanna Wright, said, “Today has been a wonderful reminder of how far we have come as a school, not just in miles from London to Witley but our transformation from a Tudor orphanage to the world-class school we are today, while still maintaining our fundamental ethos of diversity and commitment to the needs and education of the children we serve.  I would particularly like to thank everyone who put in so much work to make Bridewell Day such a success.” 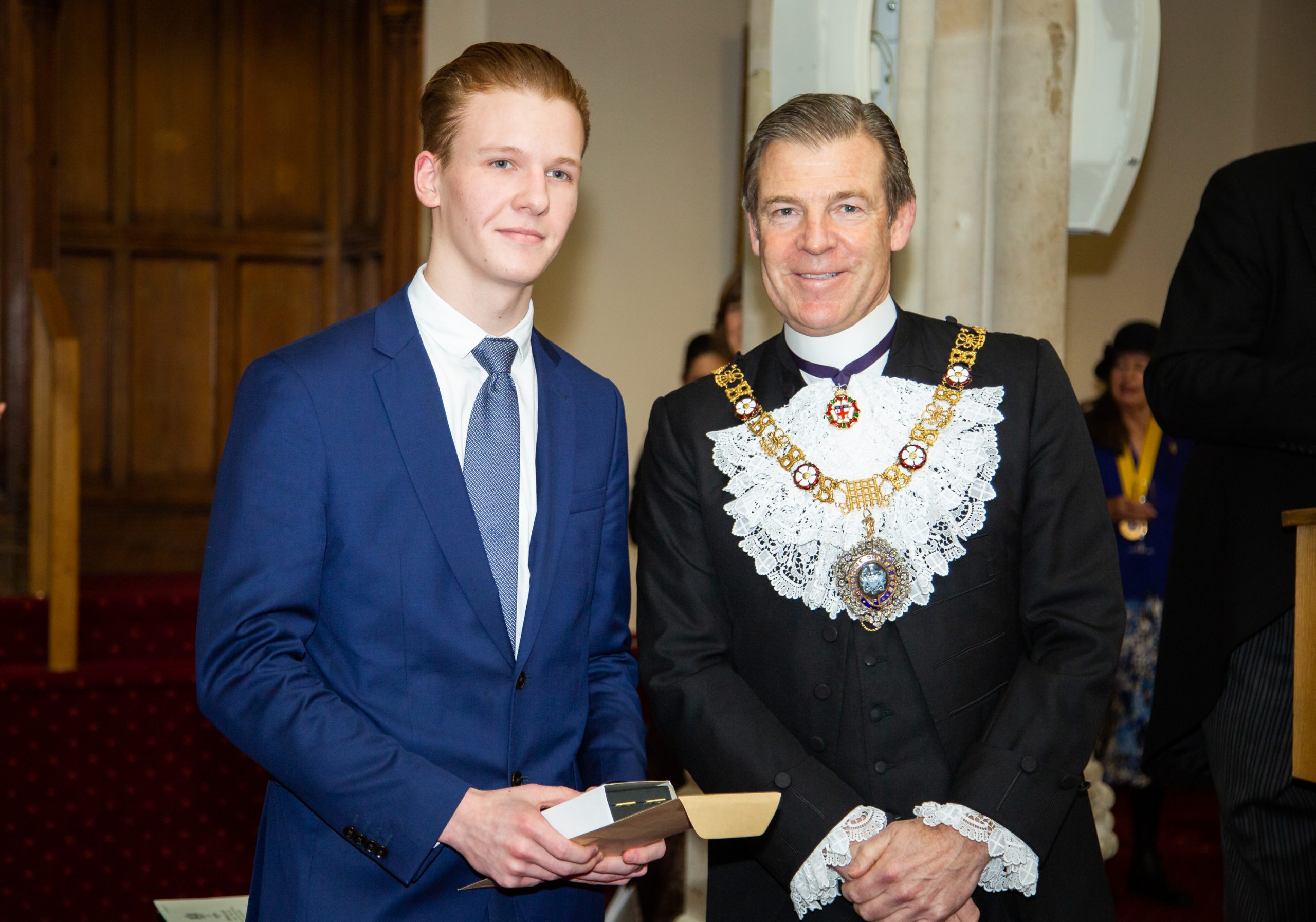 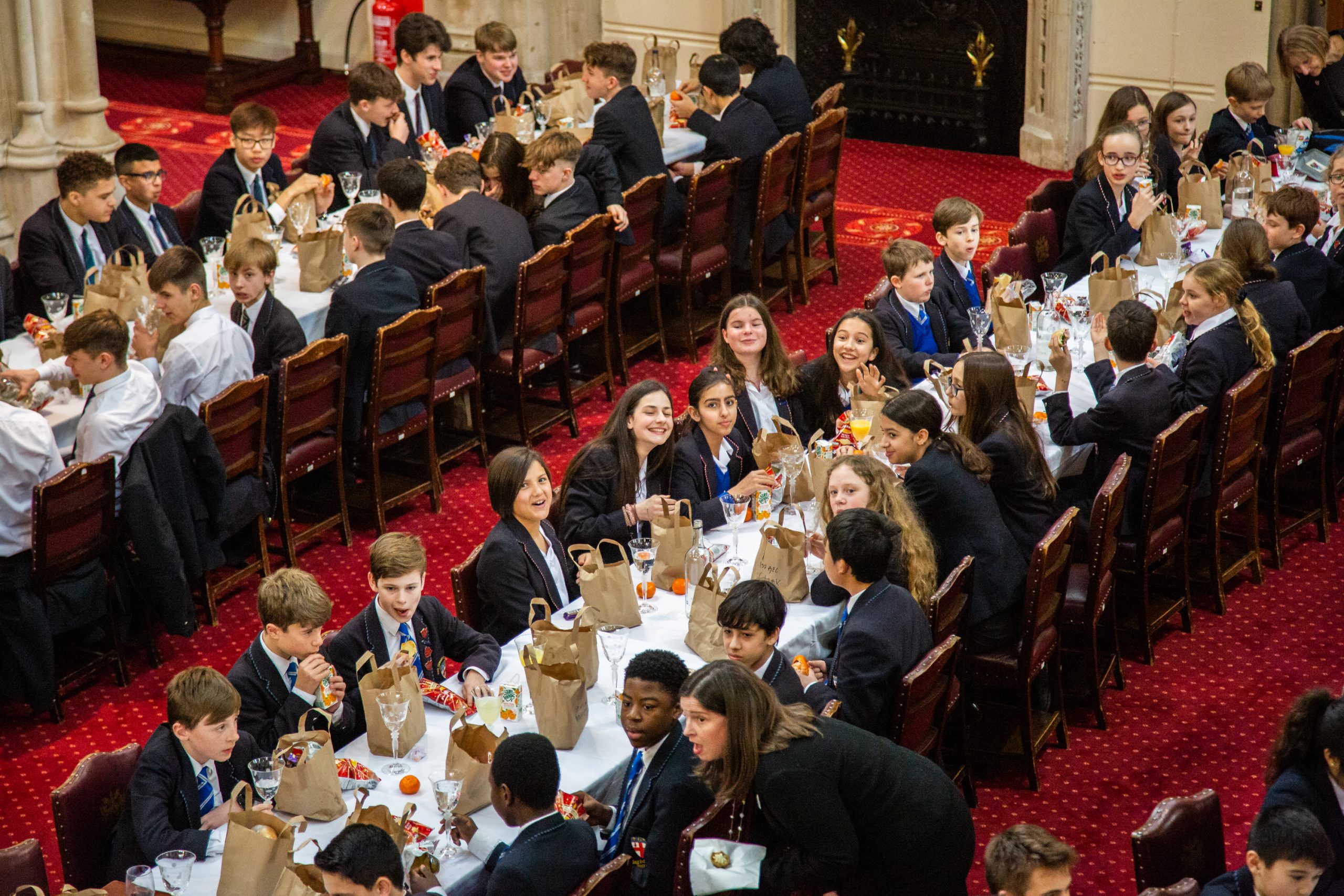 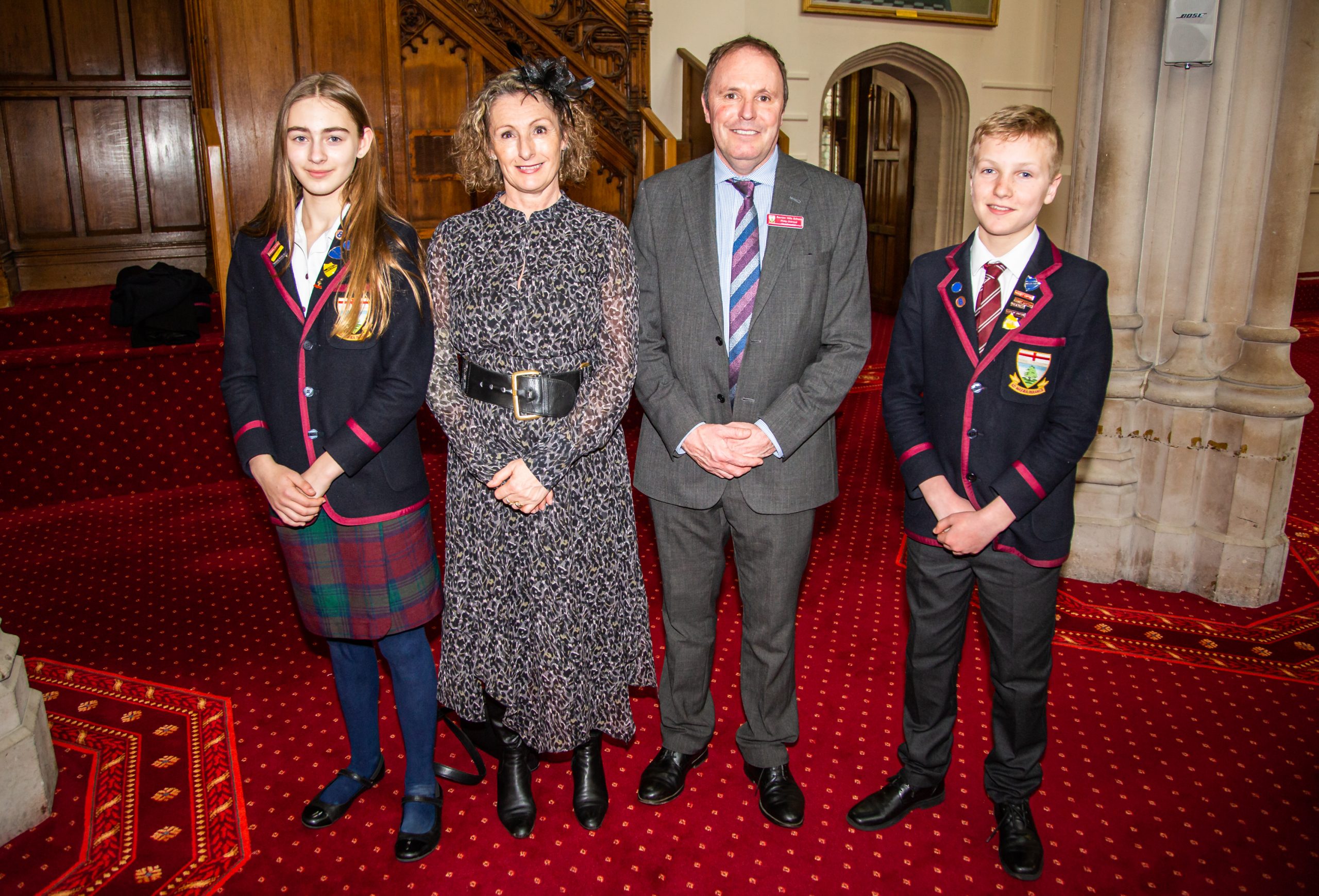 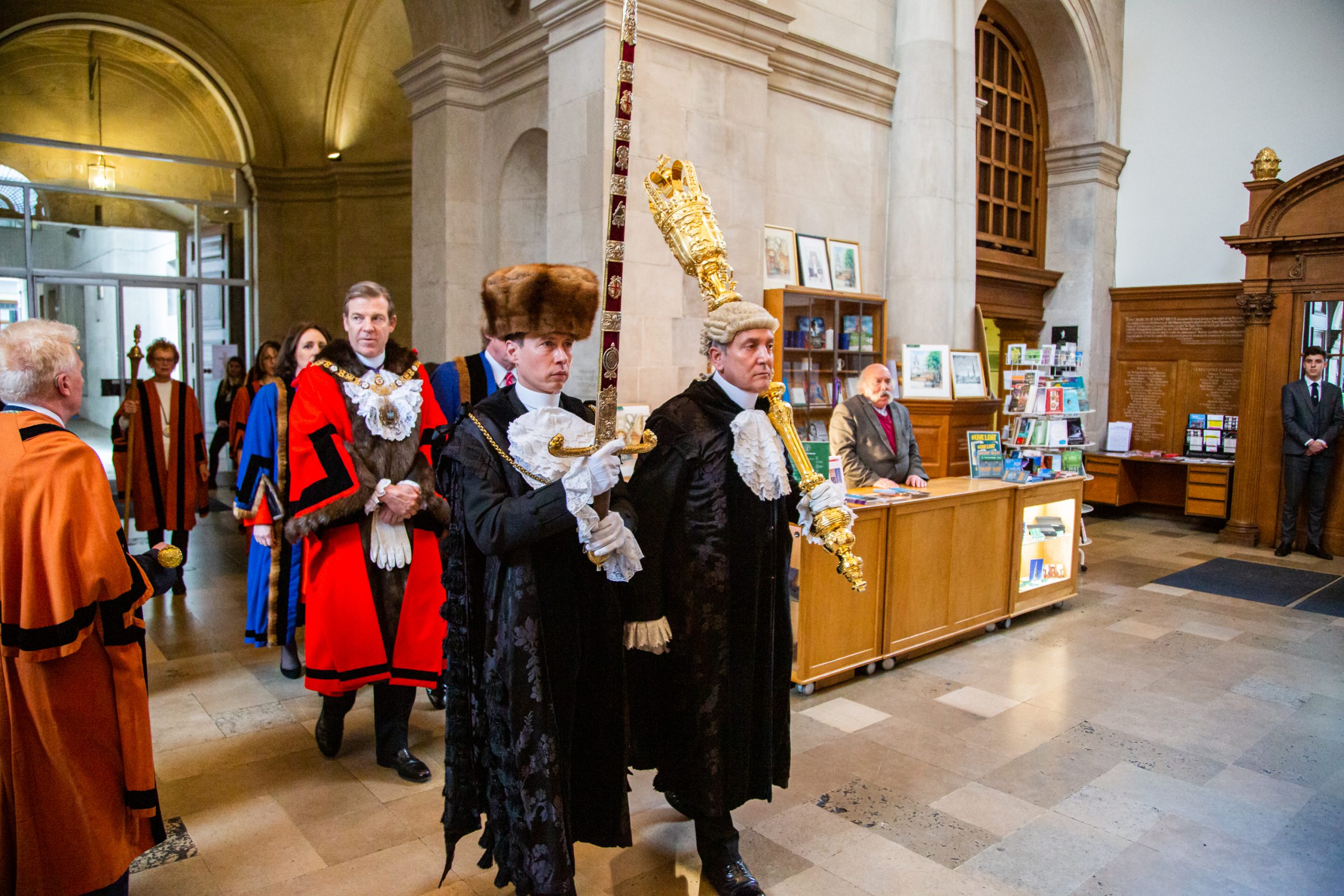 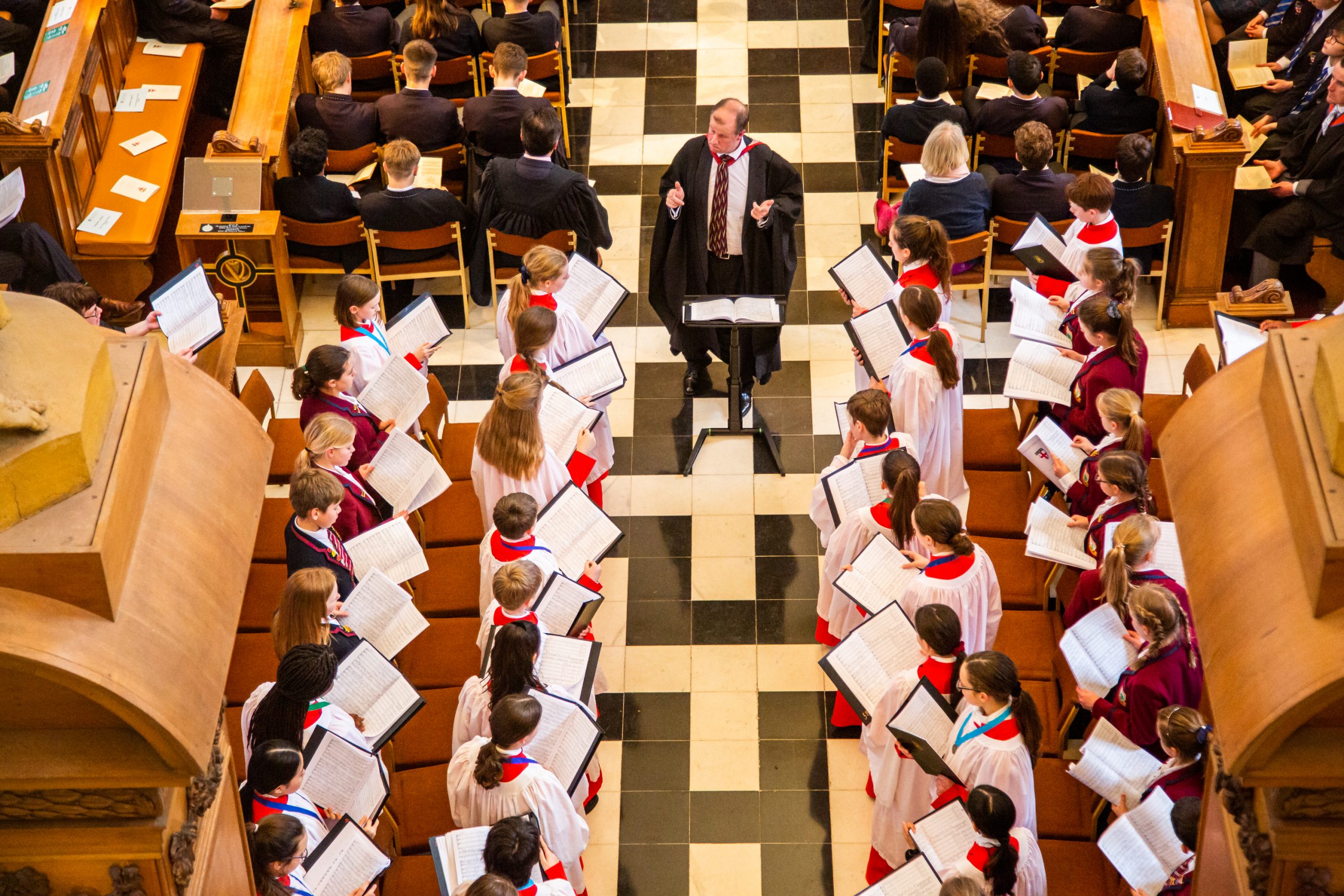 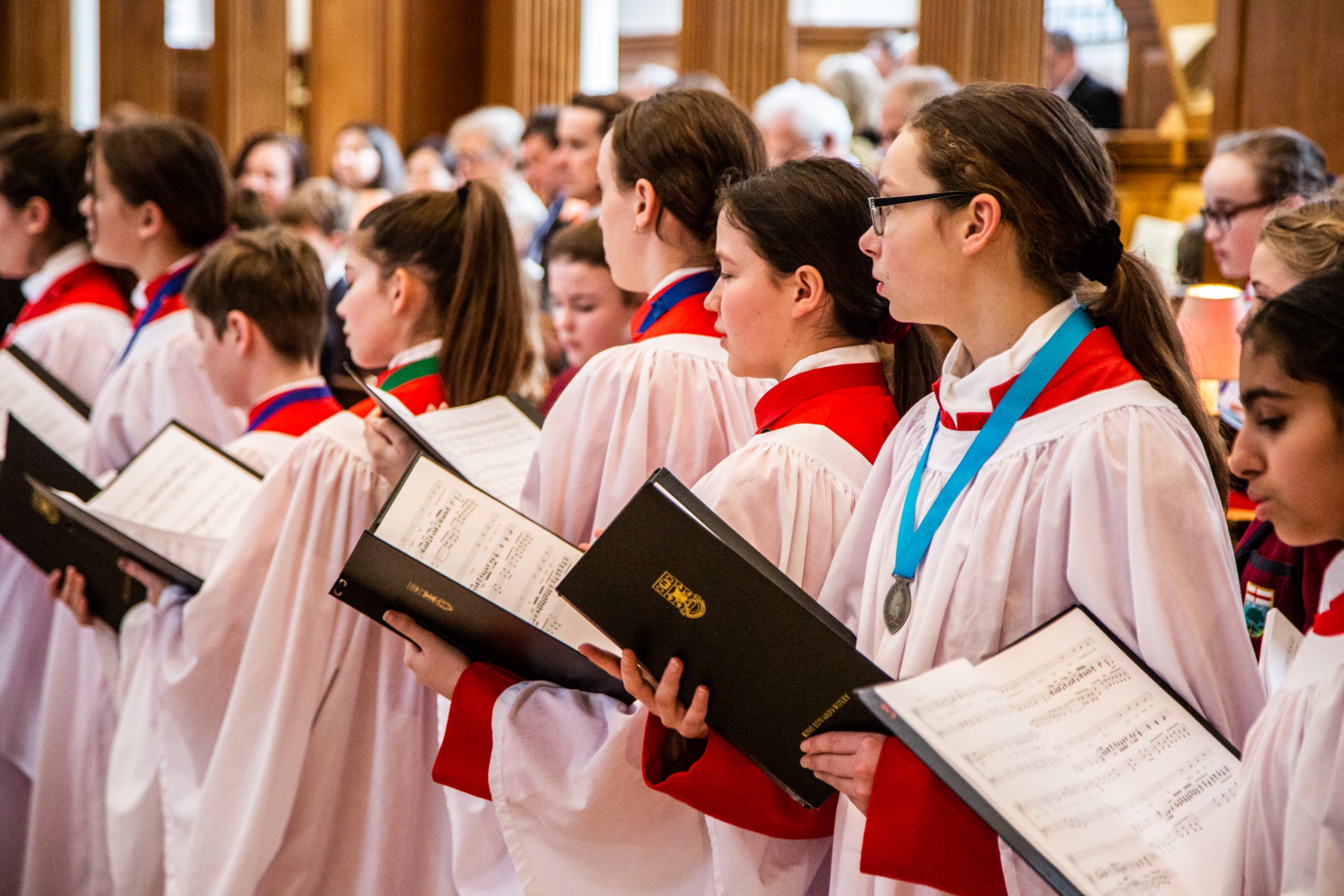