Edwina Keary, a talented Upper Sixth Form IB pupil from Guildford, had been due to receive a prestigious award from the Worshipful Company of Painter-Stainers and exhibit her painting ‘Girl in Wood’ at Mansion House this month.  However, due to the COVID-19 situation, the presentation has sadly had to be cancelled.  Always her passion to pursue a career in Art, Edwina will study Art History at the University of Exeter.

Edgar Degas’ work at the Musée D’Orsay began my interest in the figure and was influential in determining this as the overarching theme of all my final pieces. When viewing his work, I was intrigued by the way he created movement and dimension in his figures.  My work aims to portray the natural beauty of the human form, specifically the female form as well as portraiture and the physical attributes that are presented to the world. Through exploring portraiture, I have explored how physical attributes may be seen as superficial, however I used natural forms as symbols to represent how appreciating the human form is – a way to appreciate nature and the world around us. 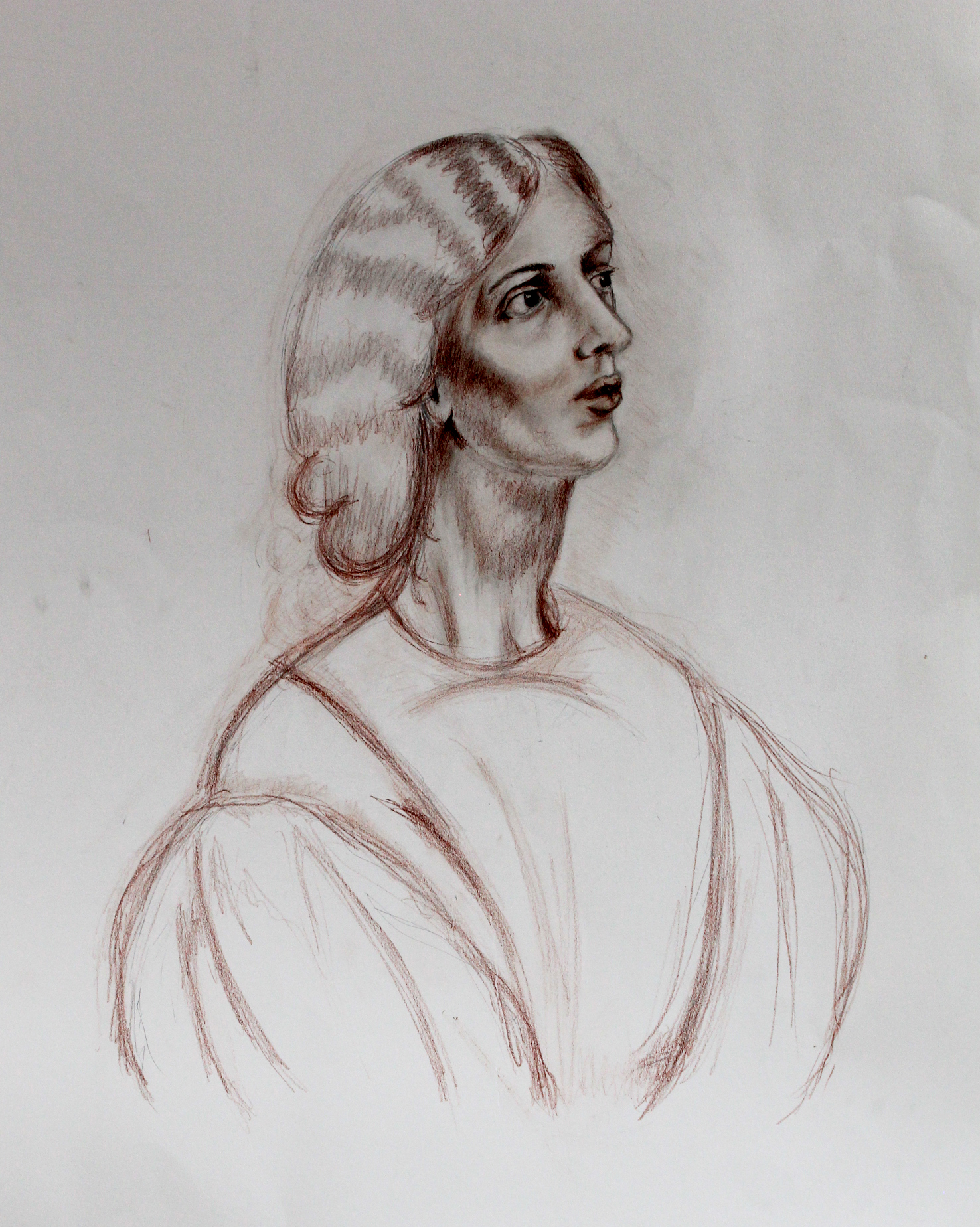 When exploring the figure and portraiture, the artists I researched mainly used oil paint, so this was the main medium I used when creating my final pieces. The more I used them, the more I was able to experiment with them, layering them very thickly or building up many thin layers. The main theme of my final pieces was ‘figure’, which I was interested in after seeing Edgar Degas’ work at the Musée D’Orsay.

Degas often utilised oil paints or pastels in his work which led me to explore these as a medium from the beginning. I found that since oil paints dry quite slowly, they are ideal when crating skin complexions as they can be easily blended to create a smooth transition between shadows and highlights. In order to better capture movement, I used clay as a medium to create many small figures in various positions. I have experimented also with etching and pencil drawings, but the main medium I used was oil paints. Overall the photography and life drawing sessions have been essential processes for creating final pieces.

Edgar Degas has been one of the most influential artists I reserached as his work encouraged me to pursue the overall theme of the human figure. I often returned to his work for reference and inspiration, especially when creating clay figures as he captured movement very well. As I began to focus on portraits, Frida Kahlo clarified different ways to utilise symbolism in my work, which played a role in a number of my final pieces.

Regarding figure and portraiture, the Pre-Raphaelite brotherhood have been a huge source of inspiration, especially Dante Gabriel Rossetti’s work. Angela Carter’s collection of short stories, ‘The Bloody Chamber’, has been influential as they have inspired me to create pieces depicting the female form as well as to use symbolism to convey the messages of her work.

For my final exhibition, I displayed a number of oil paintings as well as my etching final piece, clay figures and photographs. I chose these particular pieces because they explore a wide range of media. However, I included many oil paintings as I believe these are my strongest outcomes.