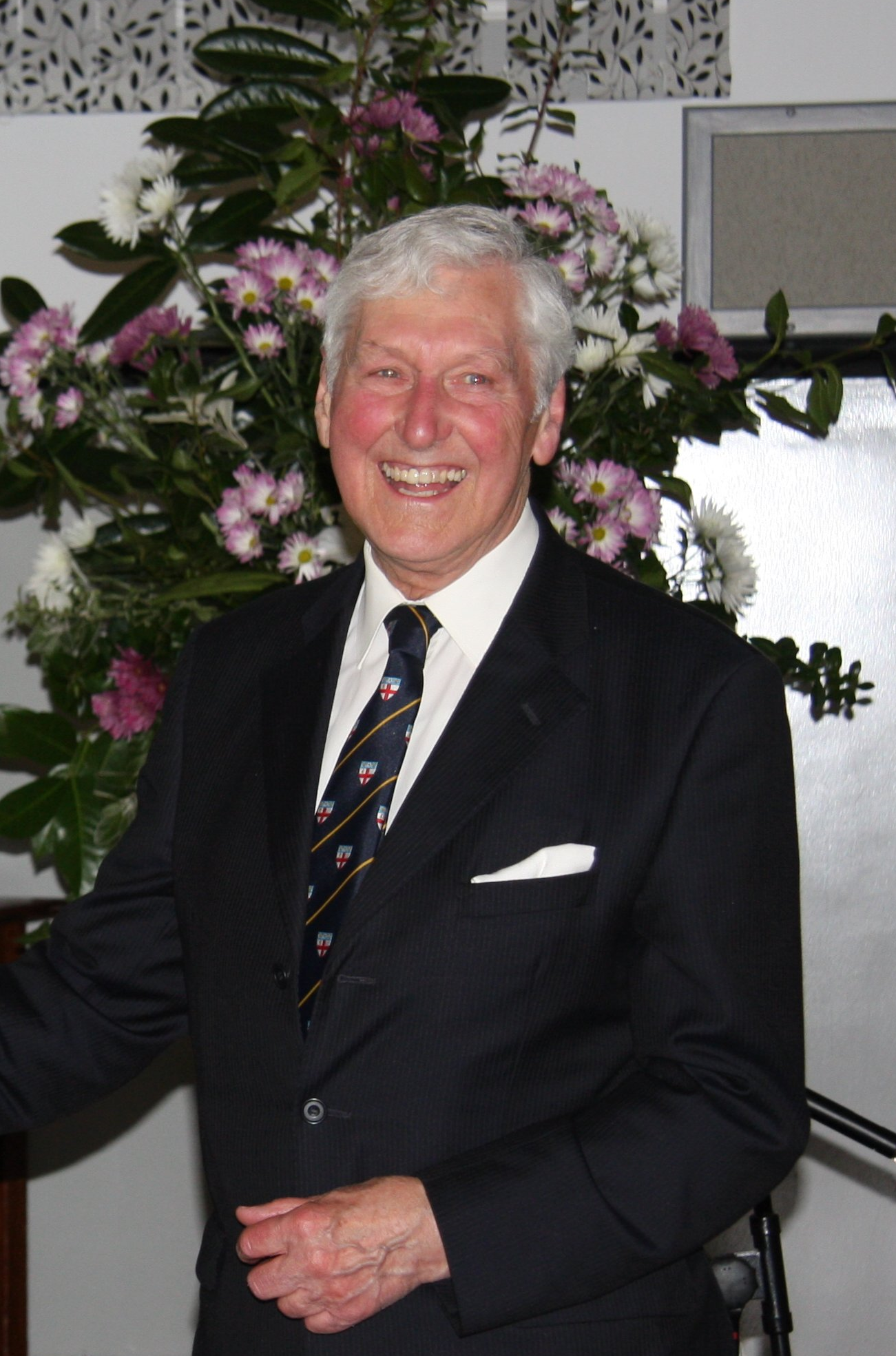 Albert Edwin Mawer died peacefully at home on Monday 23rd of March, in the care of his beloved wife, Rosemary.
Bertie was at the heart of King Edward’s for thirty-seven years, arriving here in January 1949. At that time, the School was still lodged at Hambledon Workhouse having given up its berth at King Edward’s to Naval Radar for much of the war. He served the School as a teacher of History and English, as Housemaster of Edward and from 1976 as the Senior Master. His dedication to and enthusiasm for all things Bridewell is with us to this day, in the many relationships that he built over the years at and beyond King Edward’s, and which he nurtured even into his retirement, in the building up of the School Library, in his invaluable work in fundraising for the building of our boarding houses, and in establishing the King Edward’s School Witley Education Trust, of which he remained a devoted Trustee until 2017. He was a Freeman of the City of London, and a Freeman of the Guild of Freemen, one of our founding Bridewell Fellows, Chairman of the School’s Arts Club for many years, and last serving member of the School Fire Brigade. His fundraising events drew on his passion for music (he founded Opera Omnibus in Haslemere) and History and English, to which his history of the School, Bridewell to Witley, King Edward’s School 1553-2000, stands testament.
Bertie’s funeral took place on 1st April. Very sadly, as this date fell under the restrictions currently in place, we could only honour Bertie by flying the flag at half-mast. Once life is more settled again, it is our intention to hold a memorial service for him. If you would like to forward a message to be included in a book of condolences that we will present to the family, please scan and email it to development@kesw.org or mail to the School for the attention of Heidi Kitson.
Our thoughts and prayers are with Rosemary and their sons, Charles and Nicholas as well as their families.
Please click on Bertie’s name below for the obituary.
Bertie Mawer (1926-2020)
All News Twitter Instagram Facebook
Chinese New Year: Sofia
King Edward's Witley @KESWitley ·
2 Feb 1621206930260692996