The Show Must Go On…..Pupils and Staff Perform Virtual Together at Home Music Extravaganza

Lockdown restrictions have not stopped the music at King Edwards’, with over 100 pupils participating in an online ‘Together at Home’ music extravaganza.

The event – which was the brainchild of Mr Stasio Sliwka, Director of Music at King Edward’s and its partner school Barrow Hills – represented a major technical challenge coordinating contemporary and classical contributions from ensembles and soloists, to create a virtual musical masterpiece. The concert featured pupils from King Edward’s (including those in Year 11 and 13 who are currently taking advantage of bridging courses offered by the School) and Barrow Hills, staff and Visiting Music Teachers (VMTs) from both schools.

‘Together at Home’ kicked off with a moving rendition of Queen’s iconic and apposite, ‘The Show Must Go On’, with pupils, staff and VMTs all performing in a multitude of locations.

Having set the scene for excellence, the powerful rock ballad was followed by 39 performances including piano, violin, flute, guitar, saxophone, and drums’ solos and duets and pieces from the School’s Sax Quartet, Chamber group, Cello, Brass, Jazz and Double Reed ensembles. Further highlights included an upbeat delivery of I’m Still Standing by the School’s orchestra and the specially written humorous Lockdown Song (as featured on BBC Radio Surrey) delivered by Head of Lower School Steve Gardner and his wife and fellow House Parent Kitty, Home and the Heartland from Riverdance by Housemistress Jennifer Lyttle and Verdi’s Il Larcerato Spirito from the opera Simon Boccanegra by Jennifer’s husband, professional opera singer, James Lyttle. The ‘Together at Home’ musical spectacular ended with an emotionally charged version of Stand by Me – the Ben E King classic now often associated with the UK’s gratitude for the NHS during the pandemic – sung by the Chapel Choir. 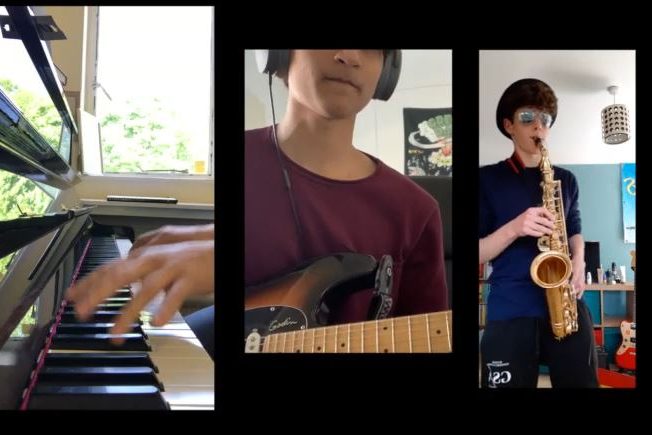 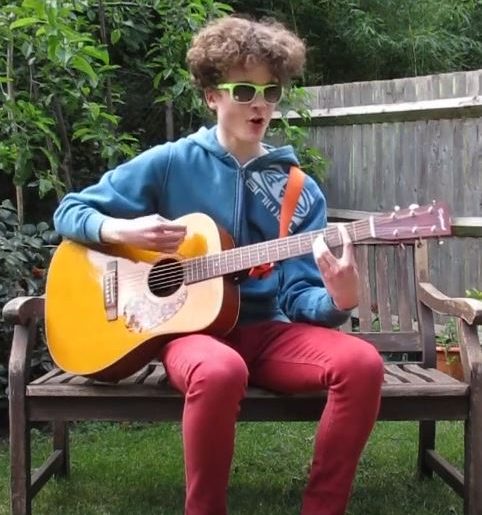 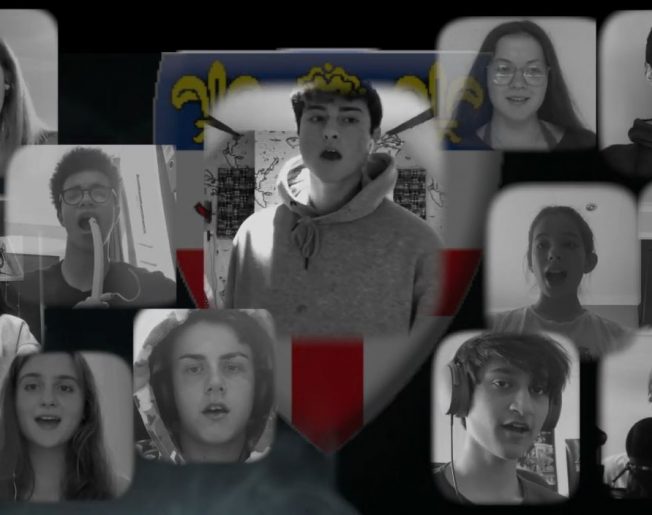 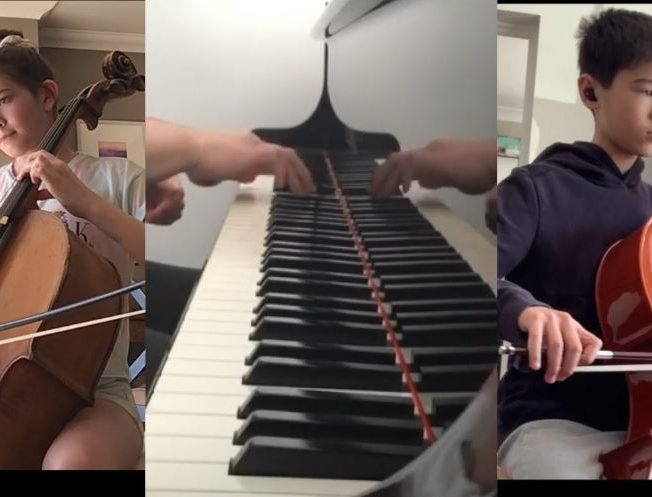 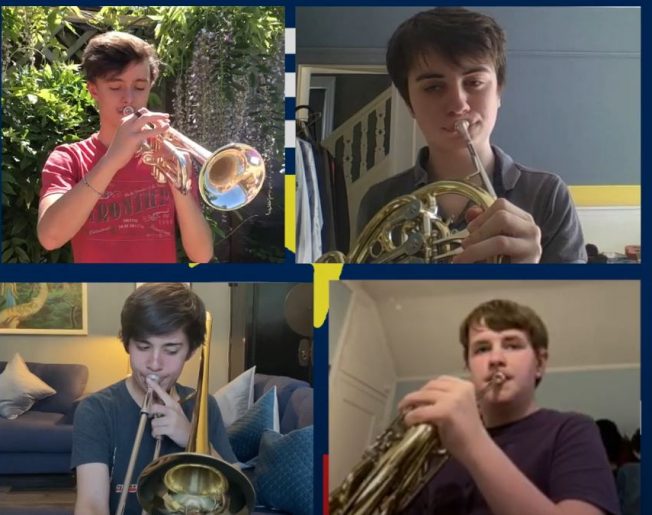 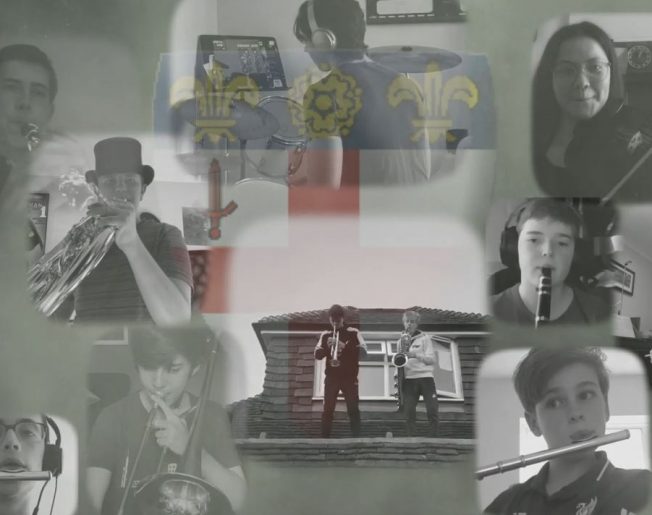 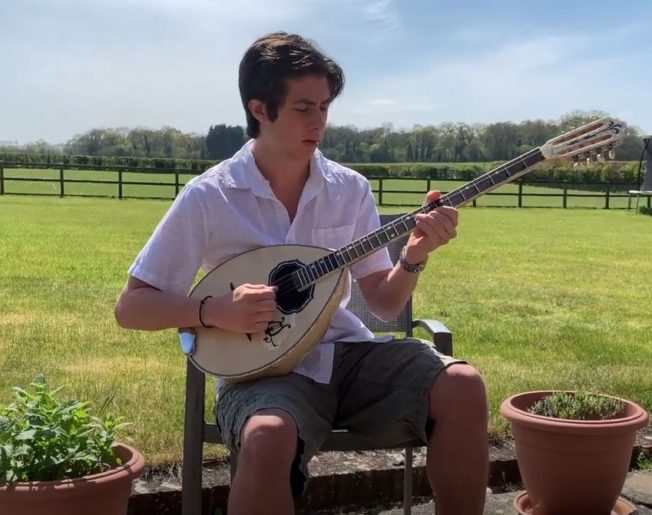 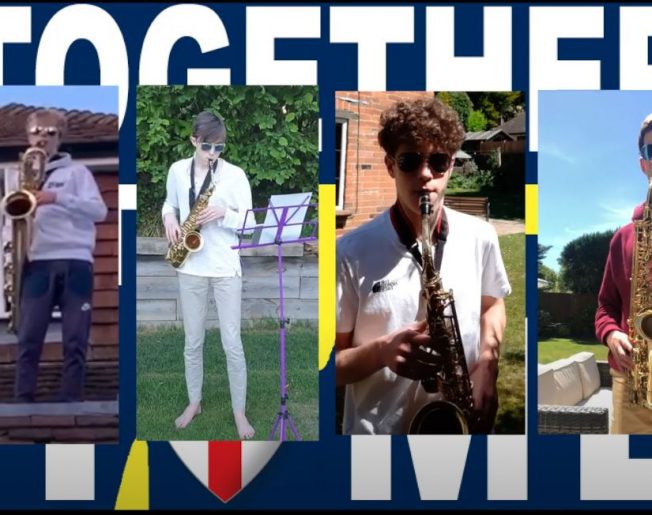 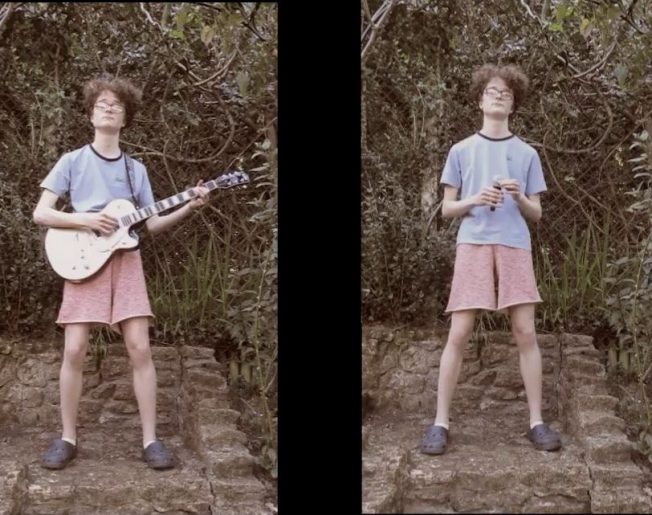 The final editing of Together at Home took about four weeks, with visiting music teacher Frank Tontoh (Mr Tontoh is a Drummer who has worked with a number of high-profile artists including Craig David, George Michael, Gary Barlow and Amy Winehouse) and Assistant Director of Music Theo Frazer sharing the workload.

Such is the success of the initiative that the Music Department is now planning an end of term Proms concert with all the ensembles continuing to maintain their weekly online rehearsals which have quickly become the ‘new normal’.

Commenting on the ‘Together at Home’ concert, Director of Music Stasio Sliwka said, “This represents a fantastic achievement for all concerned. I’ve been so impressed by the enthusiasm, commitment and genuine spirit of collaboration demonstrated by our pupils – and of course our exceptional staff, both those who are based at the School and those who regularly visit to provide specialist tuition.  Not only has this proved a masterpiece in terms of music, it also represents a masterpiece in teamwork. The commitment from our visiting music teachers has been outstanding and they’ve been ‘seeing’ a lot more of each other than normal, taking part in collaborative meetings and social zoom drinks on Fridays, all to ensure a successful outcome for the project. This really has been an opportunity to demonstrate the healing power of music, as the quote goes, “Music produces a kind of pleasure which human nature cannot do without.”  ― Confucius, The Book of Rite.”

To view the performance visit https://bit.ly/KESWShowGoesOn. 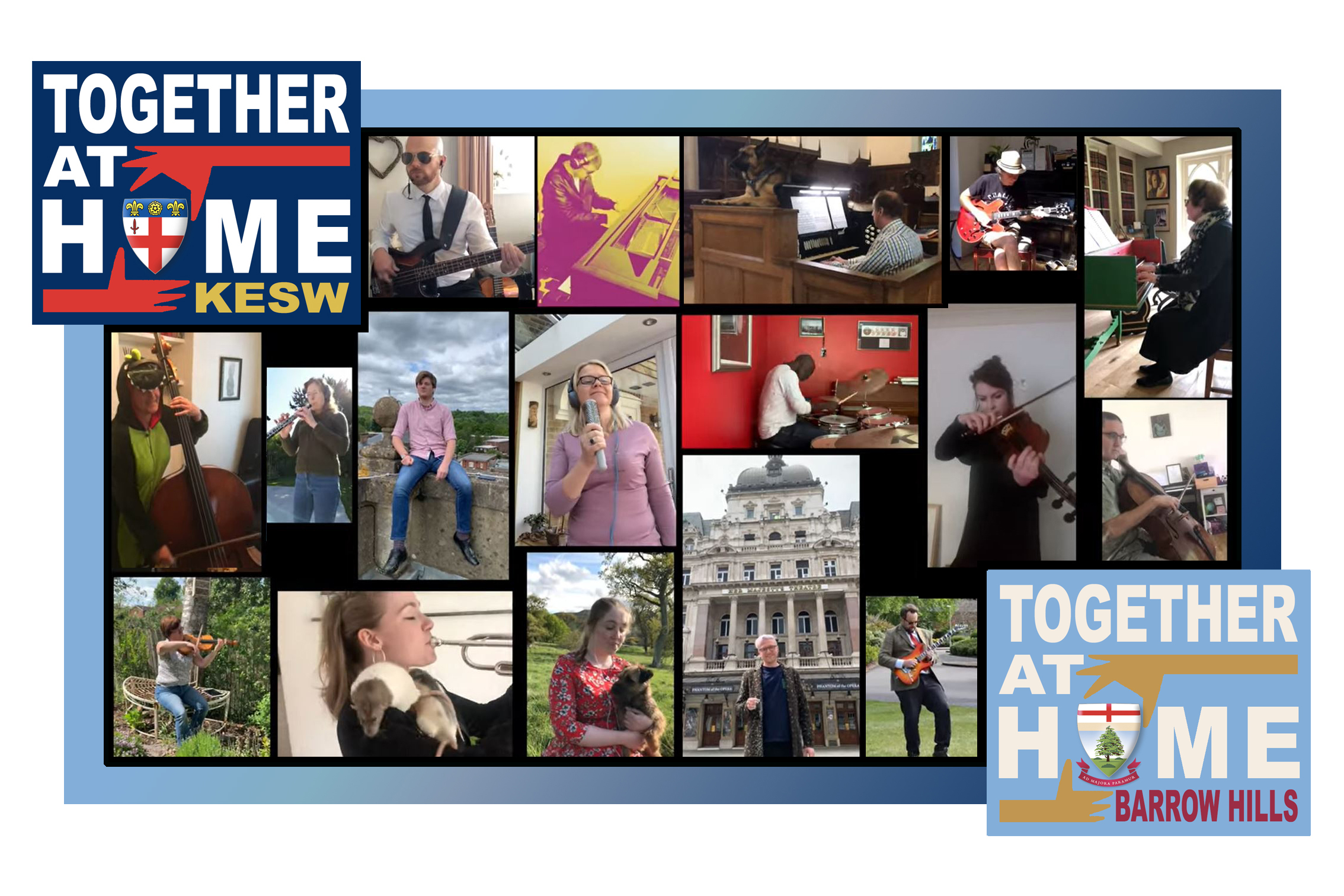