Every week the King Edward’s Witley Sixth Form pupils attend an event organised by Mr Richard Davies, Head of Sixth Form. The pre-scheduled Programme lasts for an hour focusing on a different subject each time. The series ranges from workshops and lectures to discussions and guest talks. 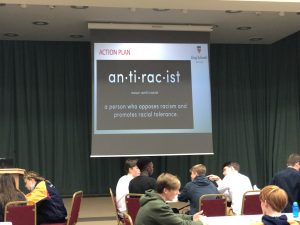 The most recent in the series was a workshop to discuss Racism which took place on Thursday 5th October. Sixth Form pupils Quinn and Norell attended the interactive discussion and reported on the event.

“Thank you for giving Norell and I this opportunity to work with a bigger body and help prevent racism from entering the School’s gates. Sir, the talk you gave us yesterday was interesting and effective and I hope helped many pupils’ perspectives on the issue.

Below is my report on the lecture and workshop. 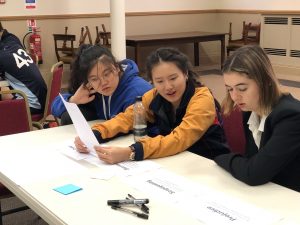 In the Sixth Form Programme this week we were given a talk by Mr Davies on the topic of racism. This issue has always been a sensitive conversation for many but I’m certain that everybody in the room felt comfortable voicing their thoughts. The powerpoint brought up many different forms of racism including discrimination, hate crime, prejudice and stereotyping. All these types of racism were explained in great detail to us so that everyone is aware of how they perceive racism. 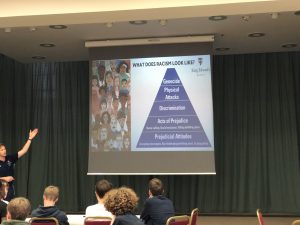 We put together points and suggestions on how King Edward’s can create a more supportive and safer environment for other ethnic groups within the school community.

I believe the initiative Mrs Wright and her team are trying to construct will have a great effect on how pupils treat one another. Whether it’s ‘banter’ or if there is a genuine view that needs to be corrected. I am particularly passionate about this topic because growing up and spending most of my life in South Africa, with its history, I have seen and felt many forms and circumstances of racism. I have volunteered to help the cause and make this School a safer place having seen the damage these beliefs and acts can cause”.

Our pupils have been whipping up a range of treats in Baking Club this week and having lots of fun in the process! Learning to cook gives a great sense of freedom and independence. It's a useful skill to have and a great way to relax and have fun. #KESWProud