As it has not been possible for us to have concerts and carol services with an audience this year, several local schools were invited to take part in our competition to record a Christmas song or carol to onto our Christmas CD, as well as to create a festive picture for the front and back of the CD covers. All 300 Christmas Music and Art Charity CDs have now arrived and are being sold to raise awareness and funds for Robbie’s Rehab a charity chosen by King Edward’s 3rd Form Music Scholar Cai Thomas. 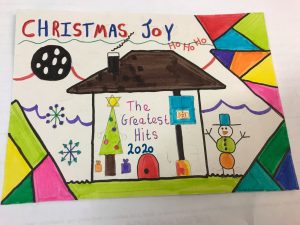 The music compilation consists of nine beautiful entries consisting of a mix of songs and carols which can be heard here. Our thanks go to Edgeborough Chamber Choir for their ‘Colours of Christmas’ by John Rutter; The Royal School Senior School Choir for ‘Midwinter’ by Bob Chilcott and the Prep 6 Choir with ‘Winter Carol’ by Fiona Lander; Long Acre School Choir Forms III to VI for their ‘Together at Christmas’ Time by Julian Winn & Jamie Copperwheat; Barrow Hills Bridewell Singers for singing ‘Torches’ by John Joubert; St Edmund’s Chapel Choir for ‘Kindness (A Raven Flew to Bethlehem)’ by Bob Chilcott; St Thomas On The Bourne for their ‘Carol of the Bells’ by Mykola Leontovych and ‘Tomorrow Shall be my Dancing Day’, a traditional English carol; and lastly to 3rd Form pupil Cai Thomas for his ‘Silent Night’ by Franz Xaver Gruber.

The Art competition produced a host of wonderful pictures created by pupils in Years 5, 6, 7 and 8. The King Edward’s Art Department judges had the really difficult task of choosing the final contenders. After 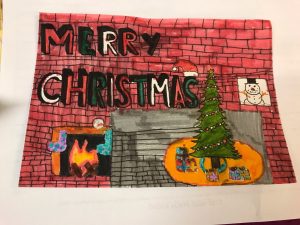 much deliberation, the winners were decided. The front cover of the CD is by Martha from Ripley Court and the back cover is by Violet from Conifers School. Our congratulations and sincere thanks go to all the young participants. The full collection of art sent to us for the competition has been reproduced on the inside pages of the leaflet CD insert. 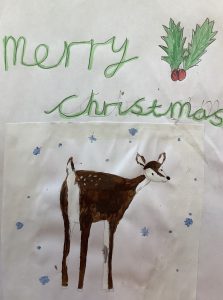 When Robbie Keville was 6, he lost his mother to breast cancer and decided at that point to become a doctor. However, aged 8, he was tragically also diagnosed with a malignant brain tumour. Despite the best efforts of wonderful medical staff, Robbie passed away in February 2016 aged 10. During his short life, Robbie made many friends and admirers. Robbie was a great favourite with the NHS staff and was asked to open a new school room attached to the children’s oncology ward at Southampton. He was also a very popular student at Edgeborough School who are renaming his House ‘Keville’ in honour of him and his mother Kate. The aim of Robbie’s Rehab is to provide staff to rehabilitate children with brain tumours on an outpatient and at-home basis. The service is free at the point of delivery and based at Southampton Hospital where it serves children with brain and spinal tumours from all over the Wessex Paediatric Oncology Shared-Care Units.

Caroline Davy, Head of Royal School Prep Music commented, “Thank you for the gorgeous CDs, we are really happy to have featured on this project for Robbie’s Rehab.” 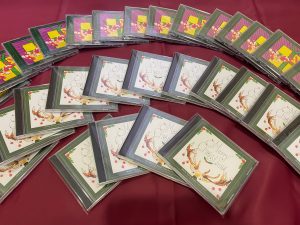