After the uncertainty over the past 18 months, pupils are celebrating a record-breaking haul of top grades.

Head, Joanna Wright, commented: “Today, we celebrate with our pupils who have received their best possible results, not through artificial inflation of grades – but through their talents, determination and resilience.

“Their effort has been exceptional – it has not been easy for them. While the perception is that nationally there were no exams, our students actually sat a series of challenging internal assessments. Alongside the coursework that they have completed, it has meant that these students have been through a robust process over a period of time to secure their impressive grades. It has not been down to performance on one day.” 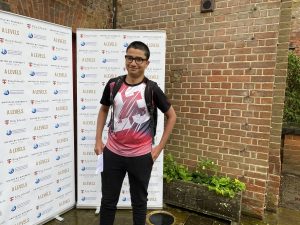 62% of all exams sat gained a 7 or above, almost 40% above the national average. Whilst all our pupils should be congratulated on successfully completing their GCSE and iGCSE studies, some, in particular, deserve special praise. Five pupils achieved the remarkable feat of achieving a clean sweep of 9s and 8s in each of their exam subjects. Owen Rajan, from Woking, celebrated securing 9s in 10 subjects and, similarly, Edward Campbell-John, from Godalming, achieved 9s in all nine of his subjects.
Natalie Fung, who will be going on to study the International Baccalaureate in our Sixth Form, also achieved seven 9s in her subjects.

The results mark a summer of success for the School, as pupils have enjoyed similarly impressive IB and A-level results.

Assistant Head (Academic) Richard Davies also notes the achievements of some of the pupils on the 1-year Pre-Sixth course designed to prepare international pupils for the International Baccalaureate / A- level studies in the Sixth Form. 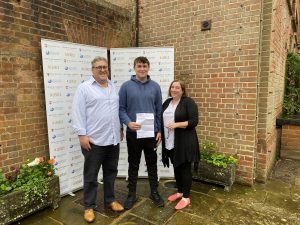 He said: “Our Pre-Sixth pupils who have achieved top grades in Maths and Physics after just one year demonstrate what is possible when ambitious, motivated and reflective pupils focus on their studies and embrace feedback and support from their teachers. As our pupils move on to the Sixth Form, with greater emphasis on independent study, research and extended projects, these are precisely the skills they will need to adopt in order to succeed”.

Mrs Wright concluded: “Beneath the bold statistics are the incredible stories of progress and achievement. We are proud of the pupils and the staff who taught right through the very end of the exam period. A brilliant achievement! 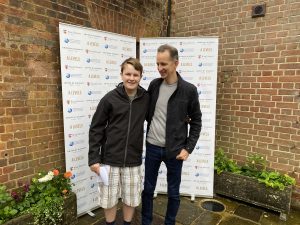 “While our pupils’ academic performance is impressive, we continue to strive for the very best. We are redoubling our investment in the Sixth Form and offering an expanded A-Level programme (including Psychology and Business Management). In addition, a new Learning Resource Centre and a dedicated Sixth Form Boarding House is also planned. The School is going from strength to strength.”

Today our pupils from all year groups attended a fantastic interactive virtual workshop from the V&A in London, the world’s leading museum of art, design and performance. The workshop focused on 20th Century Art such as Art Deco, Modernism and Postmodernism and was led as part of the V&A’s Virtual Classroom programme. The workshop was...

Mrs Anel Meyer, teacher of Mathematics & swim coach, qualified to represent GB and then this weekend won her age group at the European Triathlon Union Championships. An extraordinary achievement - Mrs Meyer you are an inspiration to us all! @ETUtriathlon @Worldtriathlon

Mrs Anel Meyer, teacher of Mathematics & swim coach, qualified to represent GB and then this weekend won her age group at the European Triathlon Union Championships. An extraordinary achievement - Mrs Meyer you are an inspiration to us all! ... See MoreSee Less