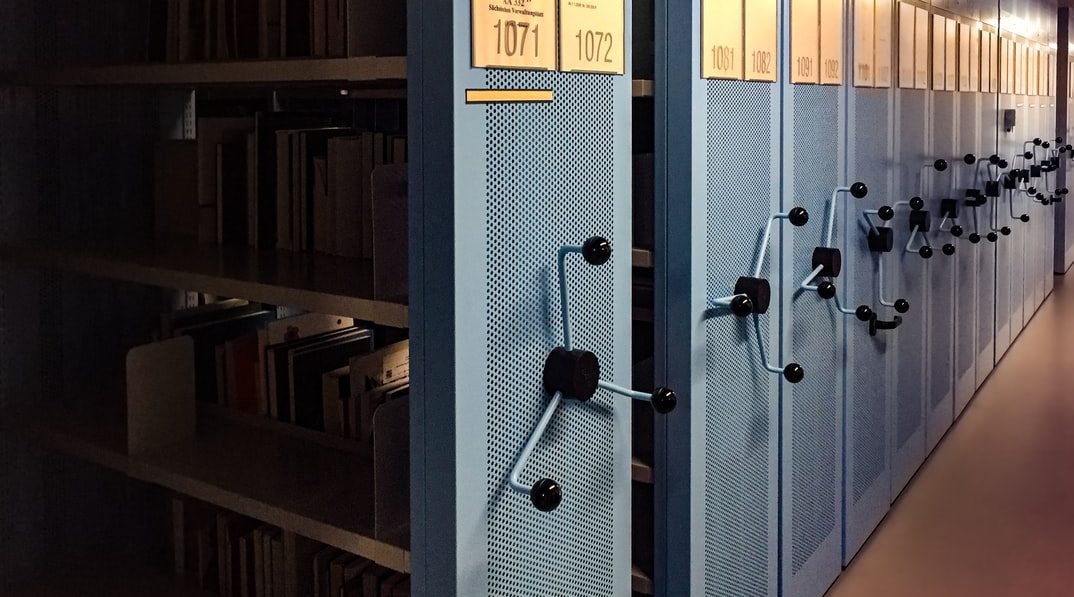 Virtual visit to the National Archives

On Tuesday 12th October, Sixth Form pupils received an absorbing and interactive lesson via Zoom from the Keep of the National Archives in London. Hosted by Hannah, with her colleague Nathalie acting as scribe. 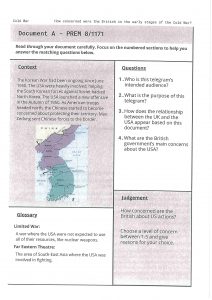 Hannah informed the pupils of the variety of documents held at the National Archives and spoke about some examples such as Government records, newspaper clippings, forms, contracts, propaganda posters and drawings, some of which date back to the Tudor period.

The pupils were told that the Government generally destroys 95% of its historic paperwork and artefacts but the National Archives is able to house approximately 5% which includes tweets from 10 Downing Street. Due to national security and the nature of the documentation, it can sometimes take between 50 – 100 years before anything is released for public viewing.

Hannah told the pupils that The National Archives has eight repositories, the largest of which is the size of two football pitches and that they are all full of boxes! In her four years of working there, she said she has not had the opportunity to explore the whole site yet.

Hannah showed the pupils a copy of the SOS telegram message sent by the Titanic 30 minutes before the ship sank. She also told the pupils about a rat from the 1830s who had been found in a wooden treasure chest. A secret document had been deposited inside a specially built box but at some point in the past, the rat had managed to enter the box and had eaten the archive and then not been able to escape! To this day, nobody knows what it contained. 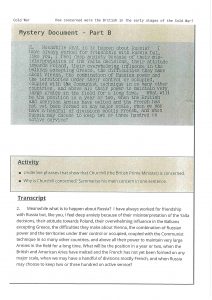 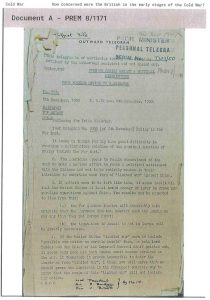 The pupils were handed two ‘Mystery Documents’. The first was a long and personal telegram from Prime Minister Winston Churchill to President Truman, dated 12 May 1945. The second was a top secret telegram from the Foreign Office to Washington dated 8 December 1950 relating to the Cold War. Working in teams of two or three, the Sixth Form pupils had to debate a series of specific questions and then recall their findings.

At the end, Hannah explained staff in the National Archives do not use gloves when working with artefacts but handle them very lightly and turn pages very slowly. The pupils were shown an original telegram to Churchill from President Roosevelt one hour before he died. She explained there is a note in the archives that this is never to be destroyed.

A fascinating experience, we would like to thank Mrs Francis, Teacher of History, and Mrs Phillips, Head of History, for organising such an excellent session with Hannah and the National Archives team.