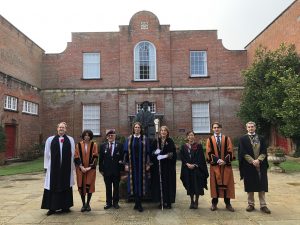 Today marks 103 years since the signing of the ‘Armistice of 1918’, which signalled the end of World War One, on the 11th hour, of the 11th day, of the 11th month. Around 1,500 Old Witleians served their country during the First World War, with 93 Old Witleians and two former members of staff losing their lives. To commemorate the War and those lost during it, the School constructed a War Memorial, that was unveiled on 11th September 1920. The Memorial itself is made of Portland stone and oak, with one side carrying the words “This Memorial is erected in affectionate remembrance by Old Boys of the School and their friends” with the other reading “Greater love hath no man than this, that a man lay down his life for his friends.” After 1945, the Memorial also became a symbol of remembrance for the 48 Old Witleians who sacrificed their lives during the Second World War. The Memorial remains outside the main entrance of the School, and serves as the centre of the remembrance service that is held every 11th November. 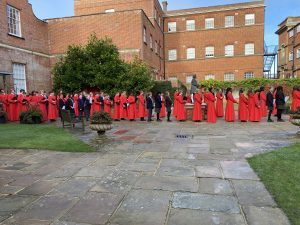 On the morning of Remembrance Day, at 11am, our 424 pupils and members of staff were present for an Act of Remembrance service at the front of the School. Senior members of staff, Old Witleian Alan Calver and family, Treasurer Mrs Justine Voisin, Beadle Mrs Pauline McBrown, Head Boy, Head Girl and our Chaplain Reverend James Radcliffe, processed from the Quad and assembled in front of the Memorial. 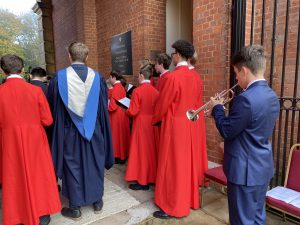 The Chaplain, Reverend James Radcliffe started the service, followed by Mrs Wright, Head, Mr Davies, Deputy Head (Academic) and Mr Corran, Deputy Head, reading out the names of all the former pupils and masters who died on active service during the two World Wars, with pupils each placing a cross for them around the base of the memorial. Two wreaths were then laid, one by Mr Alan Calver, on behalf of the Old Witleians, and the other by Mrs Justine Voisin, Treasurer, on behalf of the Bridewell Royal Hospital Foundation. With performances from our Chapel Choir of ‘Thou knowest, Lord, the secrets of our hearts’ by Henry Purcell, from trumpeter Thomas, Lower Sixth Form pupil, of ‘The Last Post’  and ‘Reveille’ before and after the 2 minutes’ silence, the service ended with a final prayer from the Chaplain. 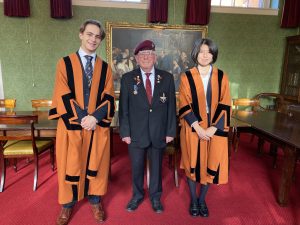 We were joined today by Mr Alan Calver, Old Witleian who attended King Edward’s from 1949-1953. Born in East London in 1937, Mr Calver’s early years were not easy and he received a bursary to attend King Edward’s. Mr Calver is a Ridley Boy, and frequently tells us that the four years at King Edward’s turned his life around. Mr Calver joined the Army at age 18.  He started in the Parachute Regiment on Boxing Day 1955 and after sustaining an injury, was moved to the Army Parachute Training School in Abingdon and eventually became a parachute instructor.  He continued as an instructor until 1958. After leaving the Army, Mr Calver spent 20 years as an engineer building cars from 1958-1978, worked in sales from 1978-1985 and 1985-2001 he was involved in engineering in cryogenics until he retired. Mr Calver has since become  heavily involved in charity fundraising. He sells poppies for the British Legion, walked Great Wall of China in 2006 for the John Radcliffe Hospital, raised £4k for NHS Charities in 2019 and 11th/12th September 2021 he walked a marathon and has so far raised £1800 for a local charity called SOFEA who support Children Who Are Left Behind. His daughter, Mrs Susan Worthy, accompanied Mr Calver and joined the Development Team for the Remembrance Ceremony and the activities after the ceremony.

For the full order of service, and the list of all the Old Witleians that died during the First World War, please do read following the links below.

Read more about the Remembrance Service from our partner school Barrow Hills over on their website here. A big thank you to our Archivist Miss Tara Ward for her help and support with the service. 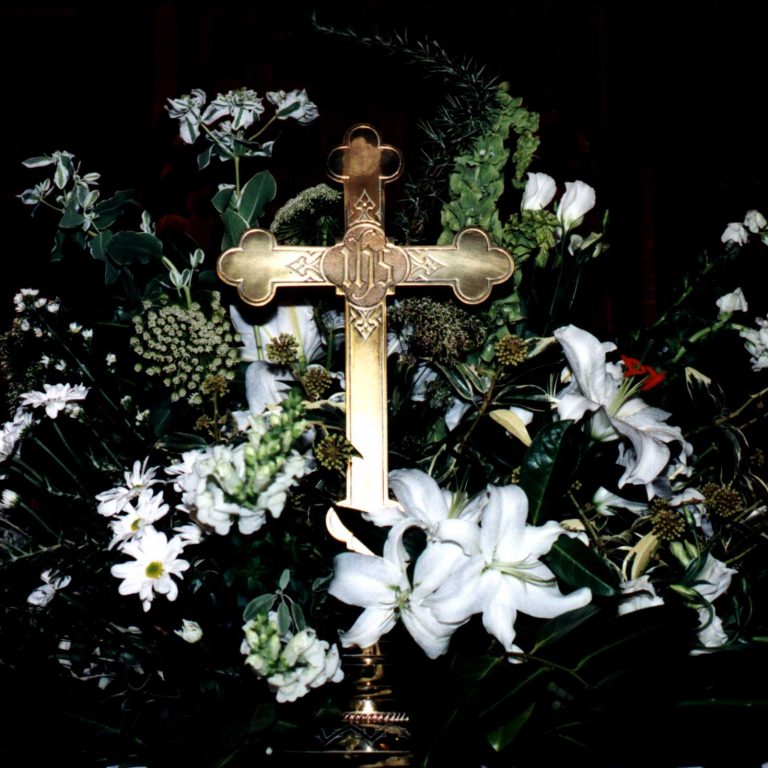 Our pupils have been whipping up a range of treats in Baking Club this week and having lots of fun in the process! Learning to cook gives a great sense of freedom and independence. It's a useful skill to have and a great way to relax and have fun. #KESWProud