On Wednesday 19th and Thursday 20th January, 8 prep schools joined us for Mathmagics! Live. A 50 minute interactive show hosted and performed by actor David Hall. Greenfield School were so enthusiastic, they came on both days! In total, King Edward’s Witley welcomed over 420 pupils who had great fun learning about the magic of mathematics. 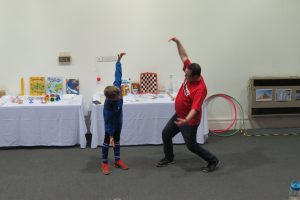 Over two days, David hosted three shows each of which comprised a multitude of fascinating facts about everyday maths with a little magic sprinkled in for good measure. The audience learnt about famous mathematicians and their work, such as Pythagoras and his theorem and how the ancient Egyptians measured the pyramids using right angles made out of rope!

The shows were conducted in an easy to understand way that encouraged pupils to think about how maths works and its history, going right back to the Greeks and Romans. David had fun with a magic calculator and demonstrated a super-fast 9 times table. 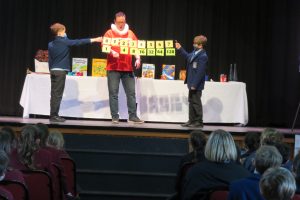 There was no shortage of hands popping up when David asked for volunteers and it was exciting and encouraging to see the enthusiasm when being taught about the magic of mathematics.
This was the first time Mathmagics! Live had been performed to a large King Edward’s audience as in 2021 it had to be performed ‘virtually’ via Zoom due to the pandemic. Justin Benson, Director of Admissions & Communications commented, “It has been wonderful to welcome so many great schools back to King Edward’s. The show was great fun, very interesting and hugely entertaining. A big thank you to David Hall for arranging such a brilliant show, we look forward to doing it all again next year.” 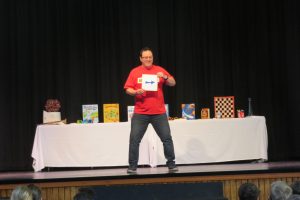 Feedback from some of the participating schools included:

Longacre School – “The show sparked curiosity and enthusiasm in the children about how amazing maths can be by looking at some simple theories that have been proven by mathematicians. Many of the children volunteered to go up on stage helping to explain the theories. They particularly enjoyed learning about Pythagoras’ magic cup which completely emptied when it had too much water in it!” 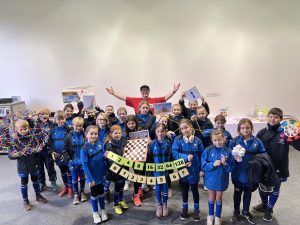 Danes Hill – “Thank you again for the event, we had a great time. Please do keep in touch regarding future events and thanks again for accommodating such a big group of us yesterday! Interactive workshops make our maths curriculum even more exciting, fun and engaging!” 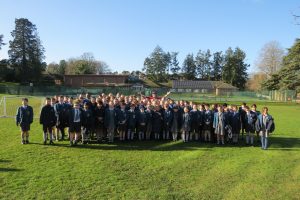 St Andrew’s Woking – “The children all had a fantastic time and the staff enjoyed the visit too!” 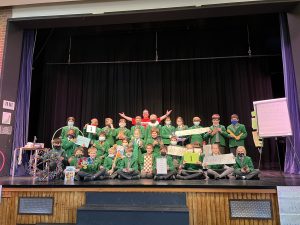 St Mary’s Chiddingfold – “our children had a great time.” 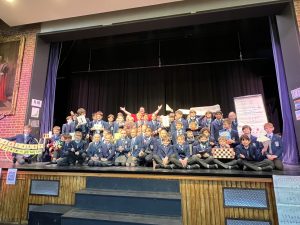 Hoe Bridge School – “A million thanks for inviting us, we loved it. David is so engaging and our Year were all desperate to get up on stage and join in. The whole audience were enthralled, I am sure many went home to tell their parents about it!”