A lesson in Medieval Medicine

On Tuesday 26 April, the 1st Form were introduced to Master Aylward – a Medieval Physician who gave a zoom lecture to the pupils about medieval medicine from his clinic in the Jorvik Centre in York. 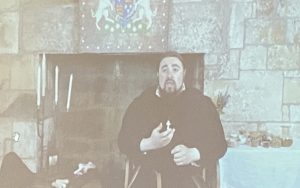 The audience heard about Galen, a Greek physician, surgeon and philosopher who lived during the time of the Roman Empire.  Galen conducted anatomical research through the dissection and vivisection of Barbary Apes, writing about his findings on the four Humors – blood, black bile, yellow bile and phlegm; a term used to denote a bad day in the calendar.  An example being 1st January when surgeons would not practice or work due to its reputation as a day filled with bad luck. 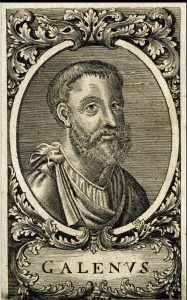 The pupils were enlightened to physicians’ methods of detecting diabetes through ‘tasting’ a patient’s urine.  If sweet on the tongue, it was considered highly likely that the patient was suffering from this disorder.  While explaining, Master Aylward displayed an explanatory colour chart with images ranging from pale yellow – a sign of good health, through to green – being something for concern! 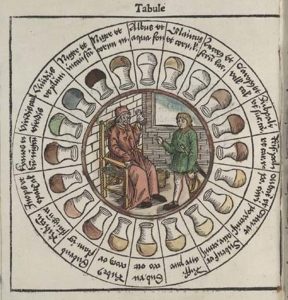 The physician went on to tell the pupils about the ‘Barber Master Surgeons’.  Medical practitioners whose role was to cut hair and cut limbs! In order to qualify, they had to complete a 7-year apprenticeship before passing a guild examination.  Medieval surgery could be extremely painful and anaesthetic medicine was often made using plants grown in the garden, or from imported ingredients such as pepper, sugar and even gold.  When operating, the surgeon’s apprentice would have to physically constrain the patient while the wound or amputation was being addressed. 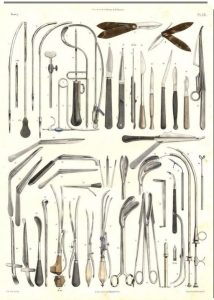 Practicing physicians were always men who worked above the apothecary. Additionally, there were ‘unofficial medics’ who were usually woman and also ‘cunning women’ who used magic, created charms for wearing and chanted with the use of a crystal ball.

The pupils were intrigued by the medieval practices and very grateful for modern day medical activities and technology.  The lecture ended with the thought “Let food be our medicine and medicine be our food”.