King Edward’s is a senior boarding and day school for girls and boys aged 11 -18 and offers pupils aged 15 to 16-years a Pre-Sixth one-year programme, with the option to take GCSE qualifications that enable them to continue into King Edward’s Sixth Form. From here they can choose to study either the International Baccalaureate or A-levels.

Pre-Sixth academic studies are a mix of tailored Pre-Sixth classes and joining 5th Form groups. Core co-curricular activity – sport, music, drama and art –is usually taken with our 5th Form pupils. Pre-Sixth pupils are encouraged to participate in a wide- range of activities in our Clubs and Societies programme, open to all ages and abilities. Cultural experiences are enhanced with regular trips to theatres, galleries, museums, sporting events, concerts and more. Subject specific trips are taken to coastlines, towns and cities to enhance scientific or geographical studies or to inspire Creative Arts. Other trips offer the opportunity to discover the UK, including Oxford, Cambridge and London.  All Pre-Sixth pupils will live in one of the six senior Houses, so are fully integrated with their peers and build deep friendships.

Pupil well-being is at the forefront of all we offer. Every pupil will have a dedicated pastoral team which will include the Pre-Sixth Coordinator, their House Parent, assistant House Parent and Matron, an academic tutor, the medical centre staff and the School Counsellor. Each House has its pupil team of House Prefects and Head of House, another body of people to listen, support and represent the pupil voice in daily school life. The core focus of each pupil’s pastoral team is pupil welfare, whatever their need may be. Every House Parent’s aim is to make their House a home during term time and to ensure that opportunities are provided for all our pupils to thrive.

We offer pupils a rich mix of core subjects across three pathways: academic, scientific and creative.

All pupils take Art, Music and Drama to help improve communication skills and allow time for reflection and personal development.

The Academic route is for girls and boys with a good level of English and a desire to achieve at least five IGCSE qualifications. Pupils sit IGCSE exams in English Language, Mathematics, a Modern Foreign Language (MFL) or Latin, Physics and Economics.

The Creative Pathway is for pupils who are not required sit IGCSE qualifications. However, there is the option to take IGCSE if pupils wish. Pupils take either English IGCSE or B2 First Certificate depending on their level of English proficiency. Everyone studies Mathematics. Pupils wanting to go onto further education in the UK are advised to sit IGCSE Mathematics. A Modern Foreign Language and Design Technology are taught. There is the option to take GCSE in these subjects, or study for enjoyment with no commitment to formal examinations.

The pathway of study is for pupils with a high level of interest in science and ICT. Pupils take either English IGCSE or B2 First Certificate, depending on their level of English proficiency. They also take Mathematics and Physics, with a further GCSE in Computer Science.

The Pre-Sixth Pathways at King Edward’s

Detail on the Pre-Sixth courses is in the Sixth Form Prospectus. 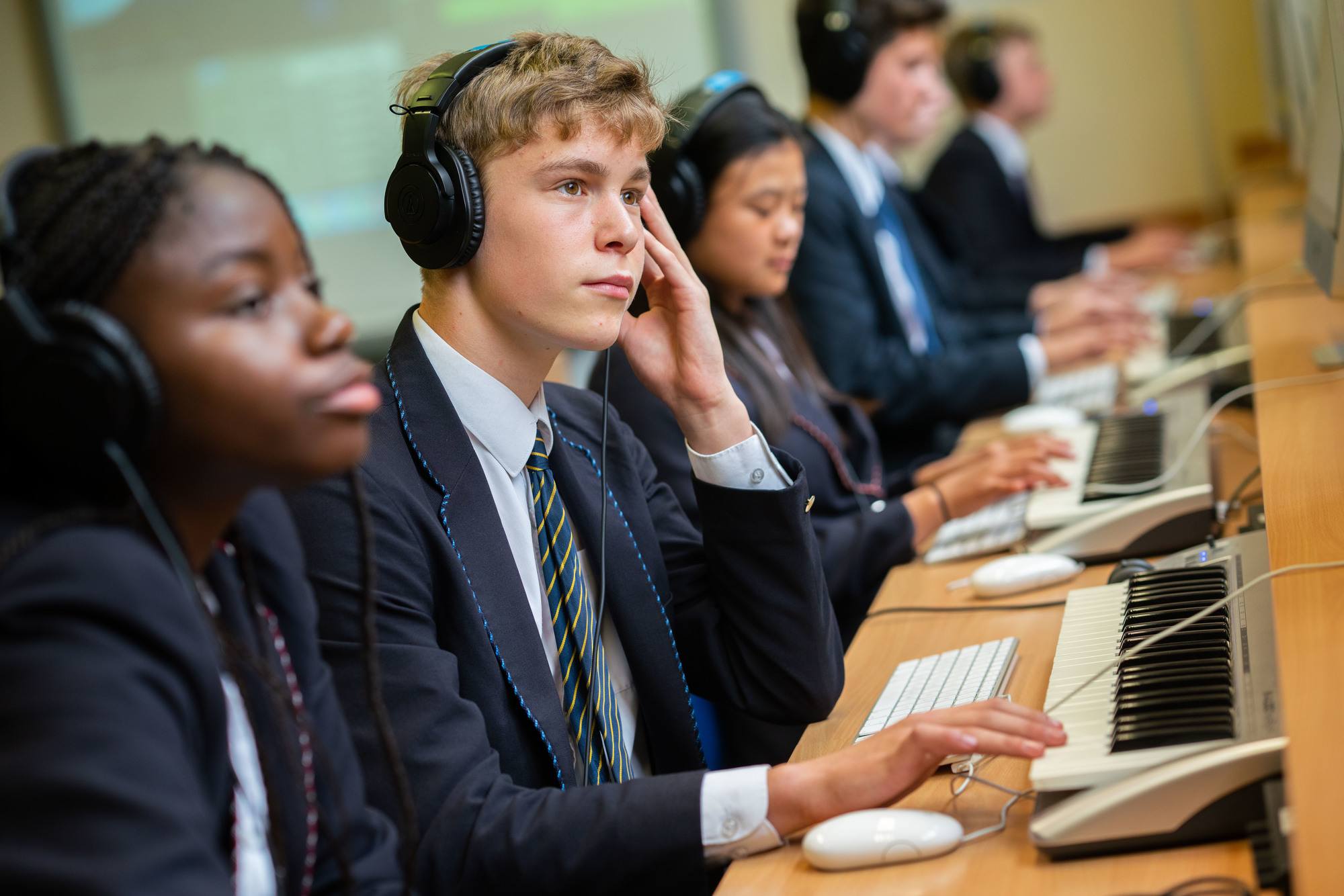 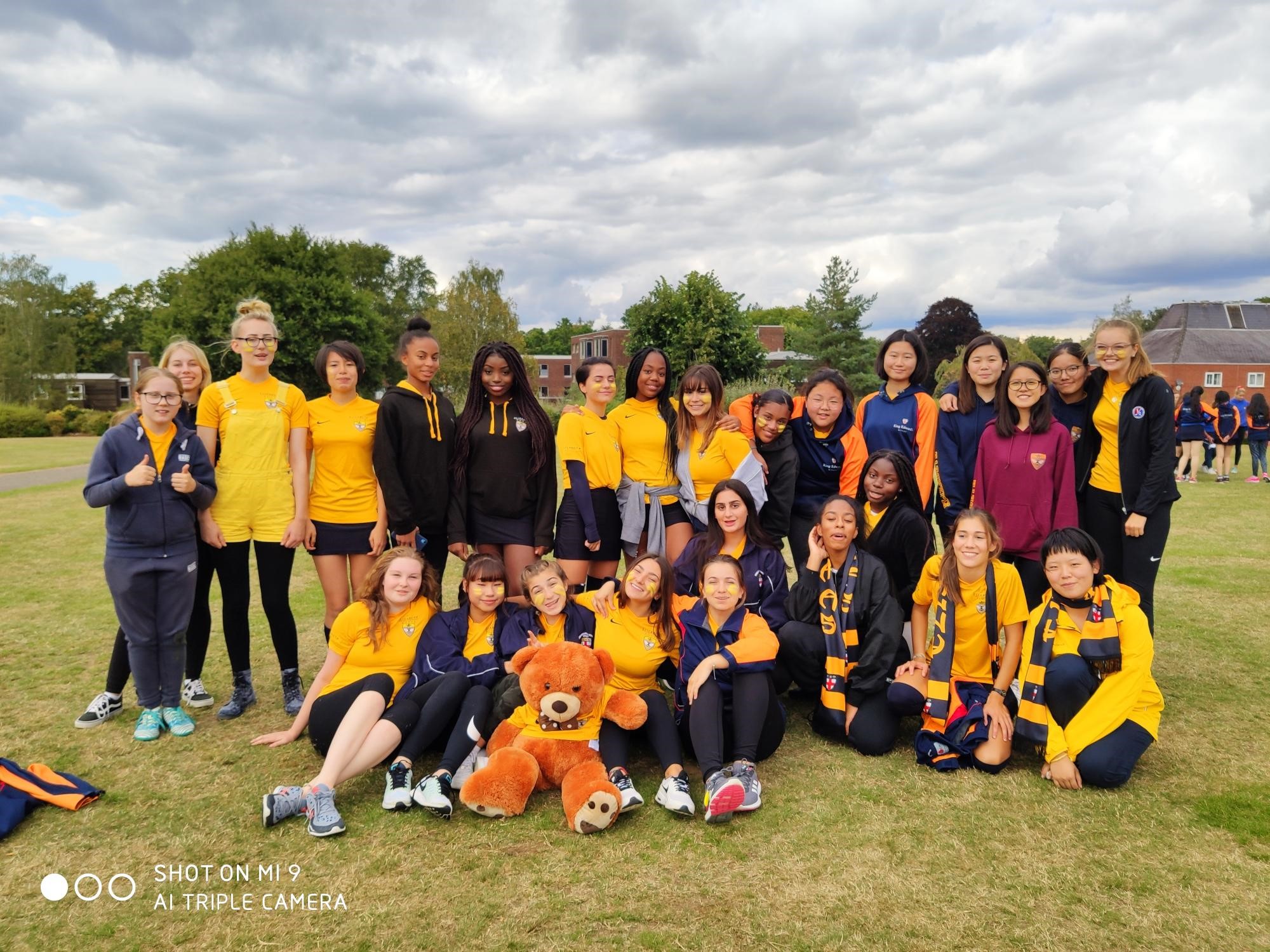 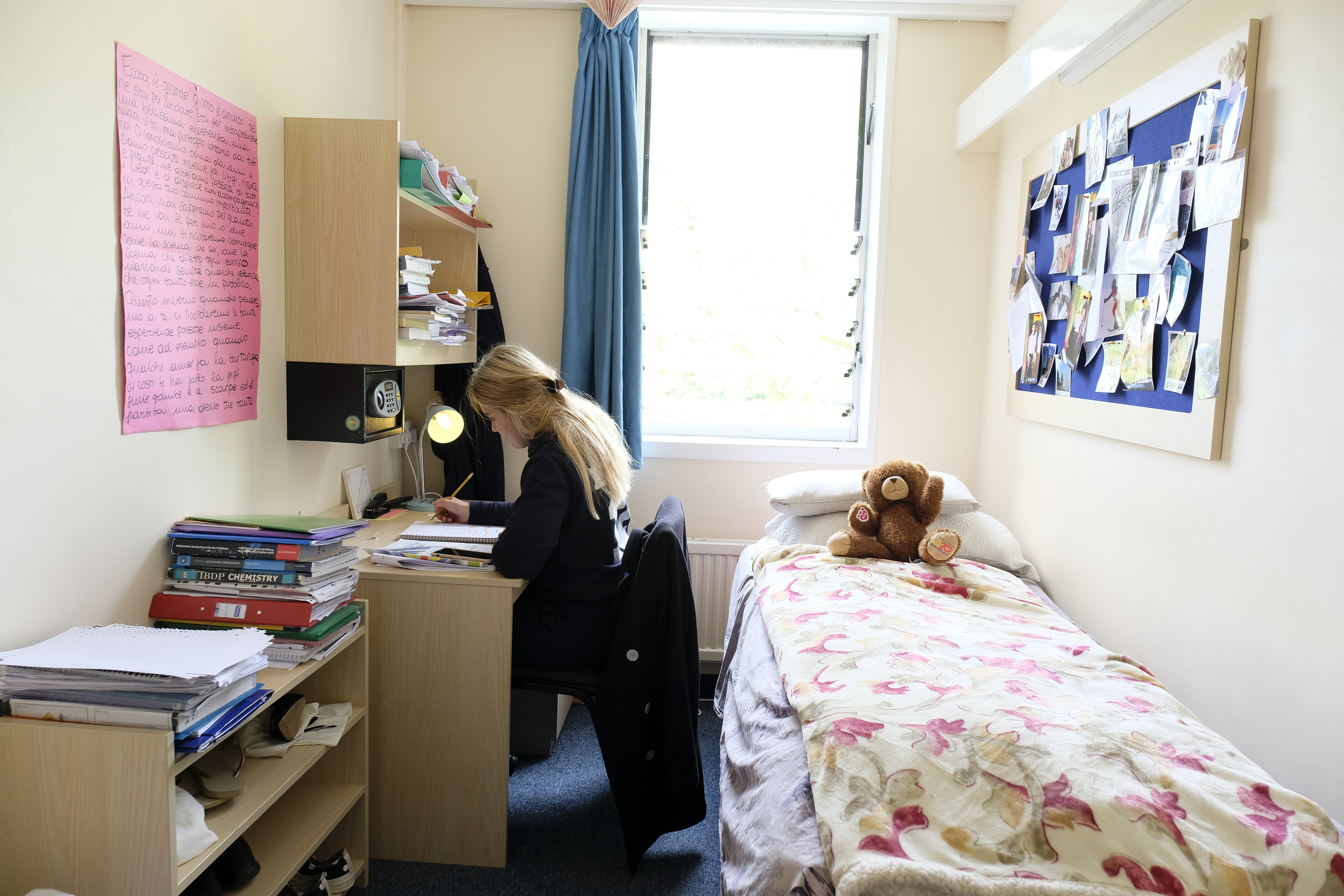 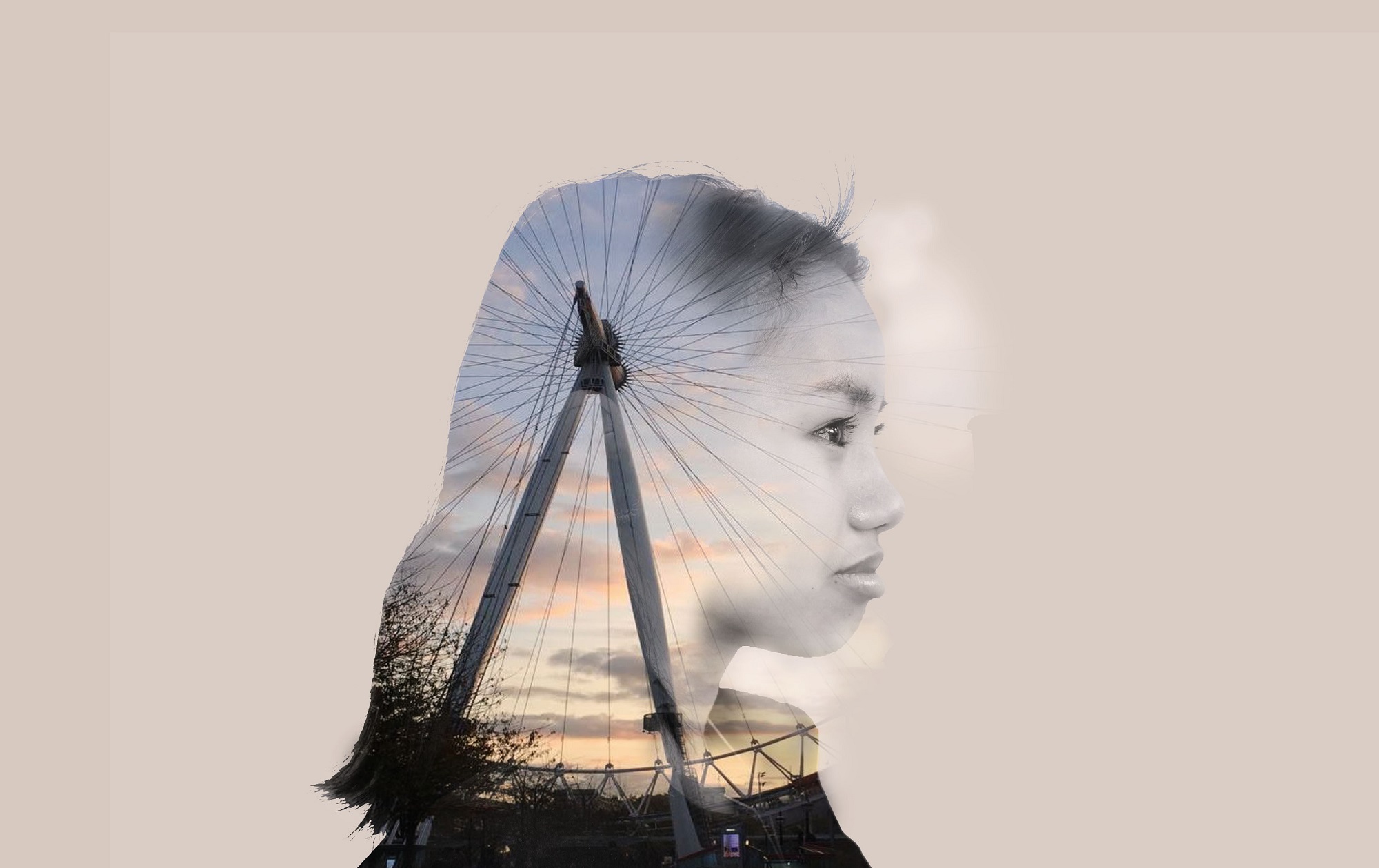 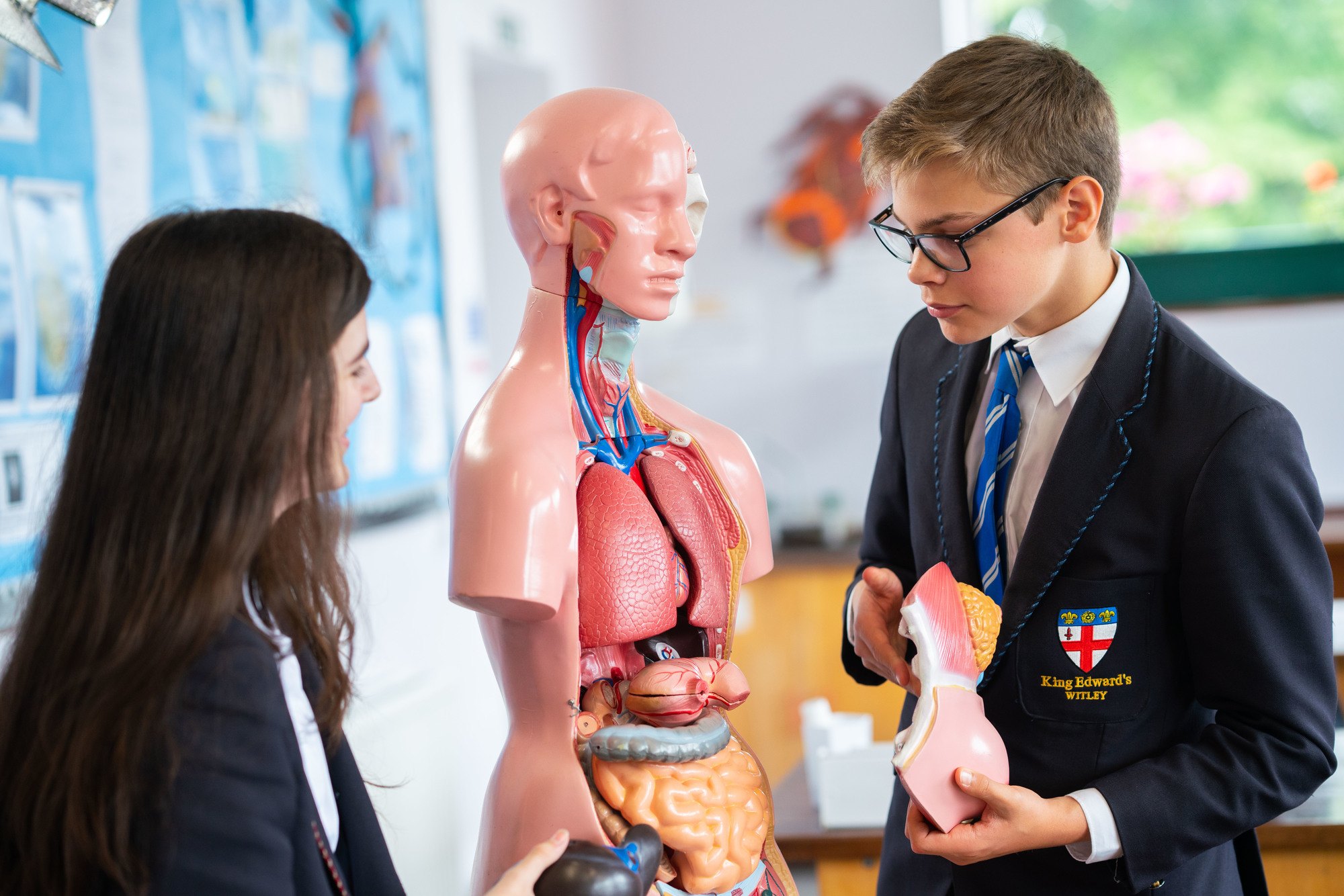 Our Lower Sixth Form art pupils have been working hard to prepare for their final exams next year, and as part of their development as artists were given the opportunity to display their work in the Bunker Gallery. A mix of six IB and A-level pupils contributed nearly 60 pieces of artwork in a variety...

Year 11 pupils enjoyed an interesting morning with @NCS learning about interview techniques and volunteering opportunities. Lots of ice-breaking activities and team building! Thank you to Mrs Davies, Head of Careers, for organising such a great event. @KESWCareers #KESWCommunity

Sealed with a wax stamp... We just hope our Year 7

Year 11 pupils enjoyed an interesting morning with @NCSlearning about interview techniques and volunteering opportunities. Lots of ice-breaking activities and team building! Thank you to Mrs Davies, Head of Careers, for organising such a great event. @KESWCareers #keswcommunity ... See MoreSee Less