The Sixth Form ‘Inspire Speaker Series’ on Friday 4 December was given by former first-class cricketer and recovering gambler Patrick Foster. Mr Foster gave a powerful and heartfelt 45 minute talk about his life’s successes and achievements and how it almost ended through an uncontrollable addiction to gambling.

Born in Africa in 1987, his family moved back to the UK when he was six. Having done well at school, he went on to study Social Sciences at Durham University. Always a keen cricketer, he made his debut in first-class cricket for Durham University Centre of Cricketing Excellence (UCCE) against Nottinghamshire in 2007. He continued playing for Durham until 2009 with in a total of nine first-class appearances under his belt. 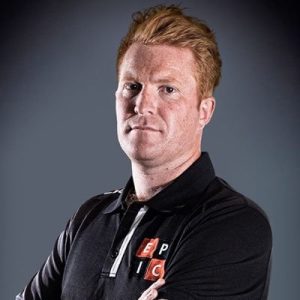 After graduation, Patrick moved south to work in the City of London for an insurance company. Regular promotions earned him a healthy salary at which point his gambling addiction escalated to unmanageable proportions. Having started as a “hobby” while at University and “money being no object”, his gambling began to spiral out of control.

Leaving his job and London after 18 months, partly to end the addiction and temptations, he went into teaching. However, as an addict, he continued to ask friends and colleagues for ‘favours’ and loans which, although initially small, grew to become significant sums of money resulting in Patrick losing his job. Having hit rock bottom and unable to see any way out, he contemplated ending his life culminating in him standing on the edge of a station platform ready to jump. At this precise moment, a call from his brother on his mobile made him stop and realise he needed help. He sought treatment and was also supported by The Professional Cricketers’ Trust. Today, as part of his on-going rehabilitation, he is an ambassador for the Mintridge Foundation which promotes active lifestyles for children and young people. He visits schools and academies to talk about his life experiences and to raise awareness about gambling addictions. 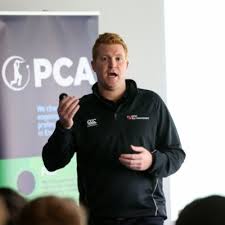 Patrick’s lecture was a hard and, at times emotional, story to hear and held everyone’s attention. The Sixth Form listened intently and due to the current COVID-19 situation the talk was conducted via zoom. A live question-and-answer session was able to take place at the end.

The Sixth Form Inspire Speaker series takes place on a regular basis and it is very much hoped that Patrick will return to King Edward’s in person next year.