As part of King Edward’s celebrations for Red Nose Day, all pupils were invited to take part in a fun run. On the 23rd, 24th and 25th March pupils across all the years had to run or walk between 3k and 6k on a cross country route across the school grounds with their year group. Each pupil was encouraged to wear something red and donate £1 to Comic Relief, which has officially taken place on the 19th March 2021. 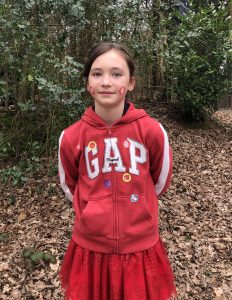 The idea was created by 1st Form pupil Robyn, who came up with the idea and designed the poster during the ‘Digital Free Day‘ King Edward’s held on the 2nd – 3rd March. When asked why she chose a fun run, Robyn told us “I decided to organise the fun run because I knew that the Comic Relief event was coming up and that it wasn’t going to be as large of a celebration this year, so I wanted to make sure that our School played our part in helping raise money for the charity. I decided to do this challenge for the off screen day because all the other tasks just gave me a personal achievement but doing this would make everyone feel good for doing something for others.”

Prizes of Red Nose Day mugs, keyrings and sweets were awarded for the fastest boy and girl in each year, and additional prizes were given for commendations, most money raised per year and coolest costume/red accessory.

A very well done to all of the fastest runners, and everyone who took part.