Following the cancellation of all IB and A-level exams, Mr Richard Davies, Assistant Head (Academic) and previous Head of Sixth Form, and Mr Mark Harrison, Deputy Head Co-Curriculum,  put on a wonderful programme for the Upper Sixth Form pupils to enjoy during the Summer Term. The initial idea became the KESˣ: Executive Summer Programme, a six week programme teaching important life skills including leadership, teamwork and mentorship, prior to the Upper Sixth Form pupils leaving and moving into Higher Education.

Pupils wishing take part signed up with Mr Davies and the programme commenced on Tuesday 20th April, after the pupils’ returned from their Easter Holidays . For six weeks, the group of 19 boys and girls took part in activities such as orienteering at Newlands Corner, completing the Tree Top Challenge at Go Ape in Alice Holt Forest, kayaking, wakeboarding, rock-climbing and letting their hair down with a trip to Thorpe Park! On top of their days out, pupils also had many classroom based activities, including a careers talk with Mrs Moira Davies, Head of Careers and Higher Education, cooking with our Food Science Department and Holroyd Howe catering team and further sessions with Mr Davies which included life skills, first aid, diversity, leadership and sustainability.

To remember the KESˣ programme, members of the Upper Sixth Form put together the following video showing their highlights of the six weeks.

On their second to last evening, the Sixth Form had their Leavers’ Ball. All dressed up in their suits and dresses, the boys and girls made their way to the Selbourne Room for one final dance together to celebrate their two years at Sixth Form, and for many their years at King Edward’s beforehand, and to completing their exams.

To finish the six weeks off, the pupils had their Prize Giving Day. The day started with a service in the Chapel, where all pupils were given their certificates for completion of the Sixth Form, the outgoing Head Boy, Head Girl and Head of School were sworn out, and the new Head Boy and Head Girl were sworn in. After a quick refreshment break on the Head’s Lawn, pupils then moved to the Selbourne Room for their Prize Giving Ceremony where pupils received awards for their academic achievements and attitude to learning. The Ceremony itself was livestreamed for parents to watch at home. Pupils were then treated to a buffet in the Quad, and started saying goodbye to their friends and teachers. After many tears of happiness after some challenging times thanks to the pandemic, the Upper Sixth had completed their IB or A-levels and their KESˣ programme. Finally, they were ready to leave King Edward’s Witley and to join our thriving Old Witleian community.

Thank you to Mr Davies and Mr Harrison for pulling the programme together and all the staff who helped out to make sure the Sixth Form had a brilliant final week. Best of luck to the 2021 King Edward’s leavers, good luck with your IB and A-level exam results and we can’t wait to hear what you do next! 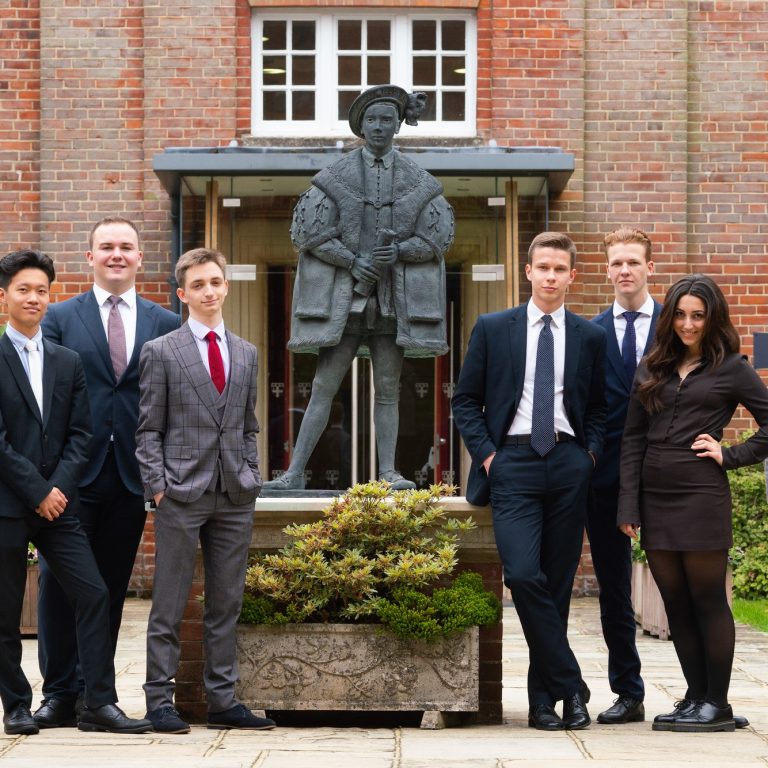