David Hall, Science actor extraordinaire, captivated his audience by becoming nine of the greatest Georgian Scientists for the King Edward’s Science Lectures on 17th and 18th November.  We welcomed children in Years 5 and 6 to Charter Hall from 10 local feeder schools – Greenfield, Conifers, St Andrews Woking, Pennthorpe, South Farnham School, St Edmunds, Rydes Hill, Barrow Hills, Longacre, St Ives, and our own Year 7 QMH pupils. Each school was given the opportunity to go on stage to help with the explanations, including some teachers! 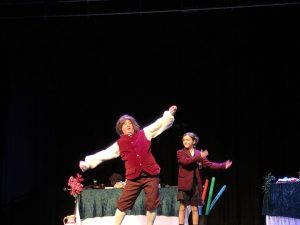 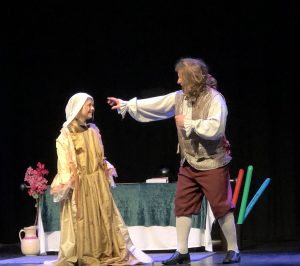 Using fun props and intrepid volunteers over a period of one hour twenty minutes, David deftly donned a variety of costumes while seamlessly becoming an exciting array of famous historic scientists.

Introductions began with Joseph Banks, naturalist, botanist, patron of the natural sciences, president of the Royal Society and founder of Kew Gardens.  Hot on his heels was ironmonger and lay preacher Mr Thomas Newcomen who invented the Steam Engine.

The next guest was James Watt, the great Scottish inventor who, amongst other things, improved on Thomas Newcomen’s steam engine with his Separate Condenser.  To demonstrate this incredible feat of engineering, volunteers were invited up on stage to re-enact and bring to life, the live mechanisms of the engine.  Each volunteer became a specific part of the engine with David giving instructions on what to do.  It was very clear, funny, and very clever. 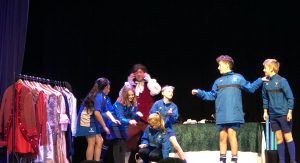 He was followed by Edward Jenner, who pioneered the concept of vaccinations and most specifically created one which ultimately eradicated smallpox throughout the world.  A new character then came onto the stage,  Sir Frederick William Herschel, a German-born British astronomer and composer who, together will his younger sister, lifelong assistant and fellow astronomer, Caroline Lucretia Herschel, discovered the new planet Uranus. 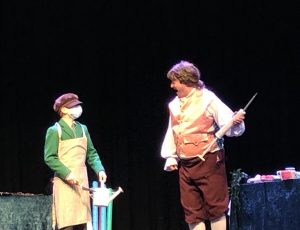 A change of jacket and a new wig, we next met Reverend John Michell, a natural philosopher and clergyman who predicted the existence of black holes in 1783.  The father of seismology, he also designed an experiment to measure the strength of gravity, the density and hence, the mass of the earth.  However, before he could complete his incredible experiment he died, but left his equipment to Cambridge University, who in turn gave it to our next guest, Mr Henry Cavendish.  A well-known, shy English aristocrat, natural philosopher, scientist and recluse who did his best to avoid encountering women!  Henry Cavendish was a meticulous physicist who discovered hydrogen, or as he called it ‘inflammable air’. He was famous for the great accuracy and precision of experiments and became known as ‘the man who weighed the world’.

Mr Joseph Priestly was our penultimate guest, a spirited grammarian, teacher, preacher and liberalist. He told us how he came to discover, among many other things, “pure air”, known as oxygen today.  He demonstrated this by rekindling a glowing split and explaining how others, such as Antoine and Marie-Anne Paulze Lavoisier, went on to develop his experiments yet further.

Our final guest was a rather eccentric scientist, Count Alessandro Giuseppe Antonio Anastasio Volta.  An Italian physicist, chemist and pioneer of electricity and power, he created the world’s first battery, known as the ‘pile’.  Many other Giants of Georgian Science were mentioned along the way, from John Dalton and Robert Brown to Mary Anning, Luigi Galvani and Benjamin Franklin and the intrepid French balloonists Jacques Charles, Nicolas-Louis Robert and Joseph Louis Gay-Lussac.  The show concluded with a song which was an excellent finish to a first class Science Lecture.

Feedback from the attending schools confirmed how much the children had enjoyed their morning or afternoon session at King Edward’s with some are already enquiring about the Science Lectures 2022! 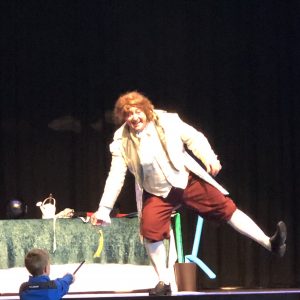 Greenfield – The show was excellent as always and the goodie bags went down well with the kids (the yo yo was particularly popular).

Conifers – Thank you so much for a lovely morning of educational fun.  Thank you again and I hope to come along to another event soon.

St Andrew’s Woking – The children had an amazing time – thank you so much for organising such a wonderful event.

Pennthorpe – We loved it…as always!  Thank you so much for inviting us again.

South Farnham School – Our children absolutely loved their visit and we would love to return again next year.

St Edmund’s – Thank you so much for inviting us to the show yesterday – it was amazing!! At times, I was watching the children during the show (when I could drag my attention away from the stage) and there was delight and laughter evident all around the hall. Thank you too for the goodie bag which, of course, added to the excitement of the day!  All in all a very successful outing and do please bear us in mind if you put on another one in future!

Rydes Hill – We had a great afternoon, as always an interactive treat. Quite a tricky subject area to bring alive but David was very entertaining. All the girls loved the show, especially the bits they were actively involved in.

Barrow Hills – The children had a fabulous time as they were taken through the ages by David who, as ever, was on top form – it was incredible how he remained in character.  The lecture was the talk of the school today, not least because of me being put into a dress (thanks for that David) and the children appear to have learned a lot; from the workings of a steam engine, to the discovery of the small pox vaccine.  I would also like to extend a huge thank you, I really do appreciate the lengths to get us involved in such a funny and interesting performance. I hope that both KESW and BH view this as a big ‘win’ for the school partnership!

Longacre – The children had a great time and found the lecture really interesting. The use of experiments on stage was the highlight and it would be great to have even more of that to keep the children excited and engaged. They also loved volunteering to go up on stage. The bags given out at the end was also a lovely addition.

St Ives – Thanks so much, Year 6 had a fab morning last week. The show was brilliant! 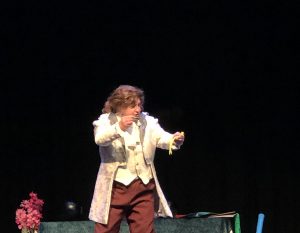 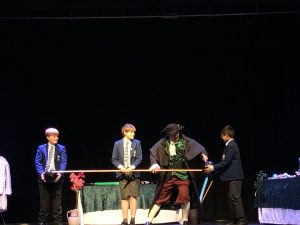 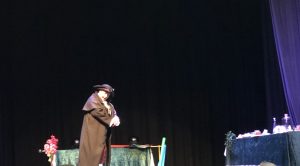 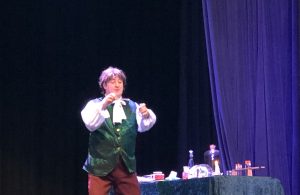