As part of the celebration, Giselle led a masterclass for our pupils on the new surface from both King Edward’s and Barrow Hills Schools providing coaching advice during one of our several hockey fixtures.

Giselle commented: “King Edward’s clearly sees the value of sport. The facilities, like this new playing surface, are fantastic. You can see how much the pupils really love their sport here.  To be honest, I have been blown away by what I have seen.  There are some incredibly talented young people, some of whom could go a long way in their sporting careers. They have the environment, coaching and support to excel in their chosen sports.” 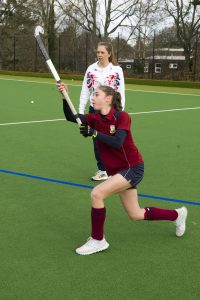 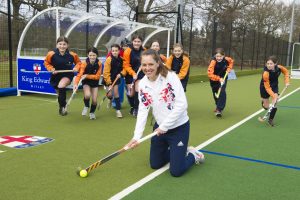 Mrs Wright, Head, welcomed Giselle saying, “Today has been a real privilege to be a part of.  The pupils have loved meeting and learning from someone who has such a fantastic array of experiences and stories to draw upon.  It really helps to give that additional spark of inspiration.”

“Days like today encourage every pupil of every ability, to simply enjoy taking part in sport. It helps to build character, develops a healthy competitive spirit and contributes to fitness and wellbeing in both body and mind.”

The new playing surface, which cost tens of thousands of pounds to upgrade, is just part of the our School’s continued investment in sporting culture. In October last year former Surrey cricketing legend, Rikki Clarke, became the School’s new Head of Cricket, siting alongside specialist coaches in the other sports.

Mrs Wright, Head, added: “Inspiring young people is about creating an environment they can access the best coaching and facilities in an environment where they have fun and can try new things.  The new Astro-pitch is just part of our continued commitment to enhancing this culture at King Edward’s Witley.” 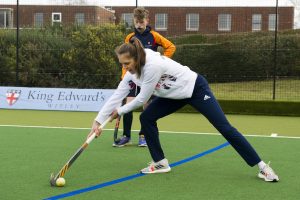 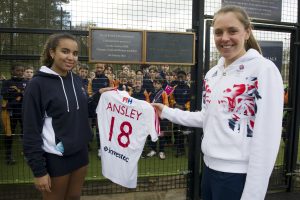 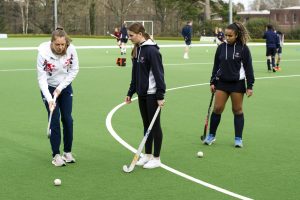