Local prep and primary schools were invited to come together and join King Edward’s pupils for a day of choral music. The day consists of the pupils learning a variety of songs and renditions during the day and then performing them in an afternoon concert for a guest audience made up of parents, governors and staff. Generally speaking, the pupils do not know each other so it’s a great opportunity for them to meet and make new friends and work together in teams. 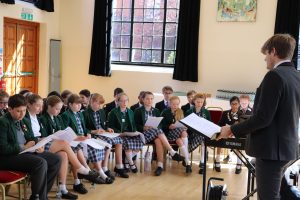 Aims
To offer the young choristers the opportunity to be part of a large choir and perform in the King Edward’s Chapel.

Children are divided into groups depending on their vocal speciality i.e. soprano, alto, tenor and tutored by King Edward’s and visiting music teachers in specifically designated areas.

At 3pm parents and teachers from the visiting schools, governors and staff from King Edward’s are invited to the concert in the Chapel.

Light refreshments are offered afterwards where everyone is welcome to stay. As they leave, every pupil is given a goodie bag with  memories of the day.

A four-page A4 programme is produced and distributed to all visitors.

Once a year in April. 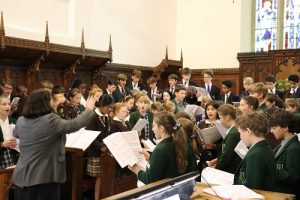 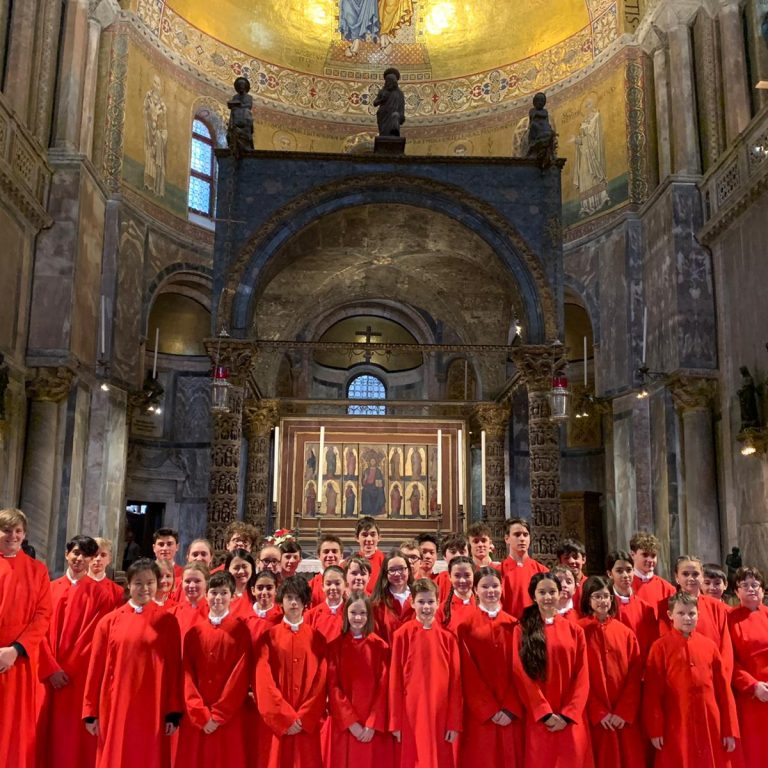