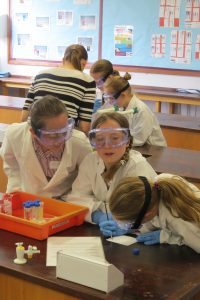 Each school is invited to bring a team of six Year 5 children talented in either Maths or Science. Ten teams of six are pre-allocated and mixed from various schools encouraging teamwork, communication and collaboration.

After lunch, families are invited to join in for the final workshops and stay for afternoon tea.

Aims
An email invitation is sent with a poster inviting six pupils to visit King Edward’s from local schools to take part in a full day of maths and science challenges.  There are 40 Maths puzzles and two different Science conundrums for the young guests to solve. 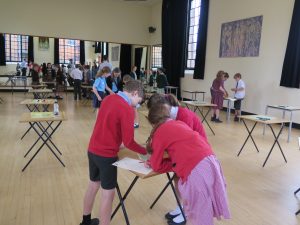 Children have to use their imagination and intelligence to decipher the maths conundrums, which range in a variety of difficulties, as quickly as possible. Once solved, each challenge is signed off by a member of staff before the moving on to the next puzzle. The aim is to complete and solve as many as possible.  This is usually between 25-30 spanning the duration of a half a day either in the morning or the afternoon.

The teams in the Science Department participate in two different challenges during the morning or afternoon and use a variety of apparatus classrooms and labs. The task is to solve a mystery through forensic evidence. 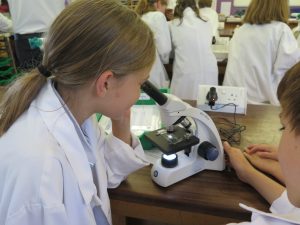 Pupils work in teams of six.  Each team is made up of three pupils from two schools.  After lunch, the pupils swap challenges and spend the afternoon solving the crime dilemma in the Science Department, or the Maths puzzles.
The result is excitement, fun and lots of noise.

This event is only open to guest prep and primary schools and does not include King Edward’s pupils.

Frequency
Annually in June during the Summer Term.