Nothing matters but your will to succeed

On 22 January, two 4th Form Elizabeth House girls led the King Edward’s Assembly which was held in our Chapel. After their introduction, they conducted a competition between two teachers each of who had a small bottle of bubbles for blowing.  Each bubble represents a part of who we are; a factor of life that can affect someone’s lifestyle. The bubble mixture represents King Edward’s Witley and the opportunities we are offered. Each person contributes to this bubble mixture which in turn creates another set of bubbles….of opportunities. Say for instance Mr Lynch was from a privileged background, it has been proven he has a 39% higher chance of succeeding just because of his upbringing.

However, imagine Miss Condy had a rough upbringing, attended a state school, and had difficulties with money and life. To reflect this situation, Mr Lynch is going to start ten seconds before Miss Condy in our bubble challenge. This suggests Mr Lynch has a higher chance of winning. Right?

In school it doesn’t matter what score you start with, it’s about how many opportunities you take. This challenge shows how King Edward’s aims to give everyone the same opportunity, bursary or not.  We’ve all had our ups and downs in life; faced our worst nightmares; fought our own battles and seen things we never thought we would face. Yet, we all have to finish that race. No matter what the journey.

Leviticus 19:33-34
‘When a foreigner resides among you in your land, do not mistreat them. The foreigner residing among you must be treated as your native-born. Love them as yourself, for you were foreigners in Egypt. I am the Lord your God.’

Despite both Mr Lynch and Miss Condy receiving the same prize, even though there was a clear winner, the prize showed us that despite not getting an equal start to life, it is still possible to reach your goals. Life is what you make it. It doesn’t matter how much they achieved, or how lucky they were, they were both given the same reward. 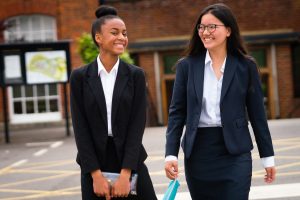 In our society being the best at something or working hard at something, can bring its own reward. In some jobs the more hours you work the more money you will be paid. But when we think about God, Christians believe that God’s love is the same for everybody. Whoever we are – whether we work hard or not, whether we are rich or poor, clever or sporty, artistic, whether we are lucky in life and have a nice home, a nice family and things that we want. Or whether we struggle and find life difficult, Christians believe that God loves us all and God gives us the best prize we could ever hope for – God’s love! It gave Mr Lynch and Miss Condy both the same opportunities even if it was just for a packet of sweets.
We’re not from the same race, ethnicity, culture, background, or person, but it’s important that to respect and be educated on these factors it makes us who we are. The Bible teaches us that all humans are made in the Image of God therefore we are all equal. Surely, we are all perfect because we were made by God. Why is that important? If that is what we believe, then how should that affect us?

The following poem was written by pastor Martin Niemoller and is a poetic form of a post-war confession first made in German in 1946:

Just because a problem doesn’t concern you it doesn’t mean you shouldn’t speak up, because when it is your concern, no one else will.
Life is not a competition it’s a journey and we are all privileged to be on this journey. I’m privileged to be on this journey with every single one of you! Bursary pupil or not, it doesn’t matter. It’s about being here for people and for the good times and also in their times of need.

You may not realise it now but you will once you see the impact going to a school like King Edward’s has on your future. No matter who you are in life, your status, you’ve still got to run that race as people will remember the contribution you gave. 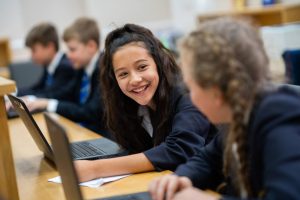 When you step into our school, everyone is treated equally; everyone goes to dinner together, everyone attends classes, everyone has to brush their teeth, or hopefully anyway.

Mr William McRaven, a U.S Navy Admiral, said the most important thing of your school day is to make your bed in the morning. “If you want to change the world, start off by making your bed. If you make your bed every morning, you will have accomplished the first task of the day. It will give you a small sense of pride, and will encourage you to do another task, and another, and another. By the end of the day, that one task completed will have turned into many tasks completed. Making your bed will also reinforce the fact that the little things in life matter. If you can’t do the little things right, you’ll never be able to do the big things right. If, by chance, you have a miserable day, you will come home to a bed that is made. That you made. And a made bed gives you encouragement that tomorrow will be better.”

King Edward’s Witley is a great equalizer, nothing matters but your will to succeed. Not your colour, not your ethnic background, not your education, not your social status. If you want to change the world, measure a person by the size of their heart, not by their background.
So, if you want to change the world, start each day with a task completed. Find someone to help you through life. Respect everyone. Know that life is not fair and that you will fail often. But, if you take some risks, step up when the times are the toughest, face down the bullies, lift up the downtrodden, and never, ever give up, if you do these things, the next generation and the generations that follow will live in a world far better than the one we have today. And what started here, will indeed, have changed the world for the better.

JOHN 3:17-18
‘If anyone has material possessions and sees a brother or sister in need but has no pity on them, how can the love of God be in that person? Dear children, let us not love with words or speech but with actions and in truth.’

King Edward’s Witley is a great place. The aim is for equality, something every school should strive for. King Edward’s offers bursaries, scholarships and grants for people who need support going abroad and school trips. Everyone is given the same opportunity despite their wealth, ethnicity, past and lifestyle. It is what you take from these opportunities.
At King Edward’s, the aim is for pupils to become global citizens. Every single one of us in this room is fortunate.