A teacher from our School has qualified to represent Great Britain as part of the Great Britain Age-Group team at the ETU (European Triathlon Union) European Championships which take place in Tartu (European City of Culture), Estonia, 2-5th July 2020.

Mrs Anel Meyer from Frimley, Camberley – a teacher of Mathematics who also heads up our School’s swim squad, and a mother of two young children aged 6 and 8 years old – will be taking up the challenge to compete at Olympic standard which means she will be swimming 1500 metres (open water), cycling 40km and running 10km.  Securing her place at the European Championships marks the culmination of a plan Mrs Meyer devised to achieve her dream of flying the flag for Team GB on the European (and possibly later International) circuit. 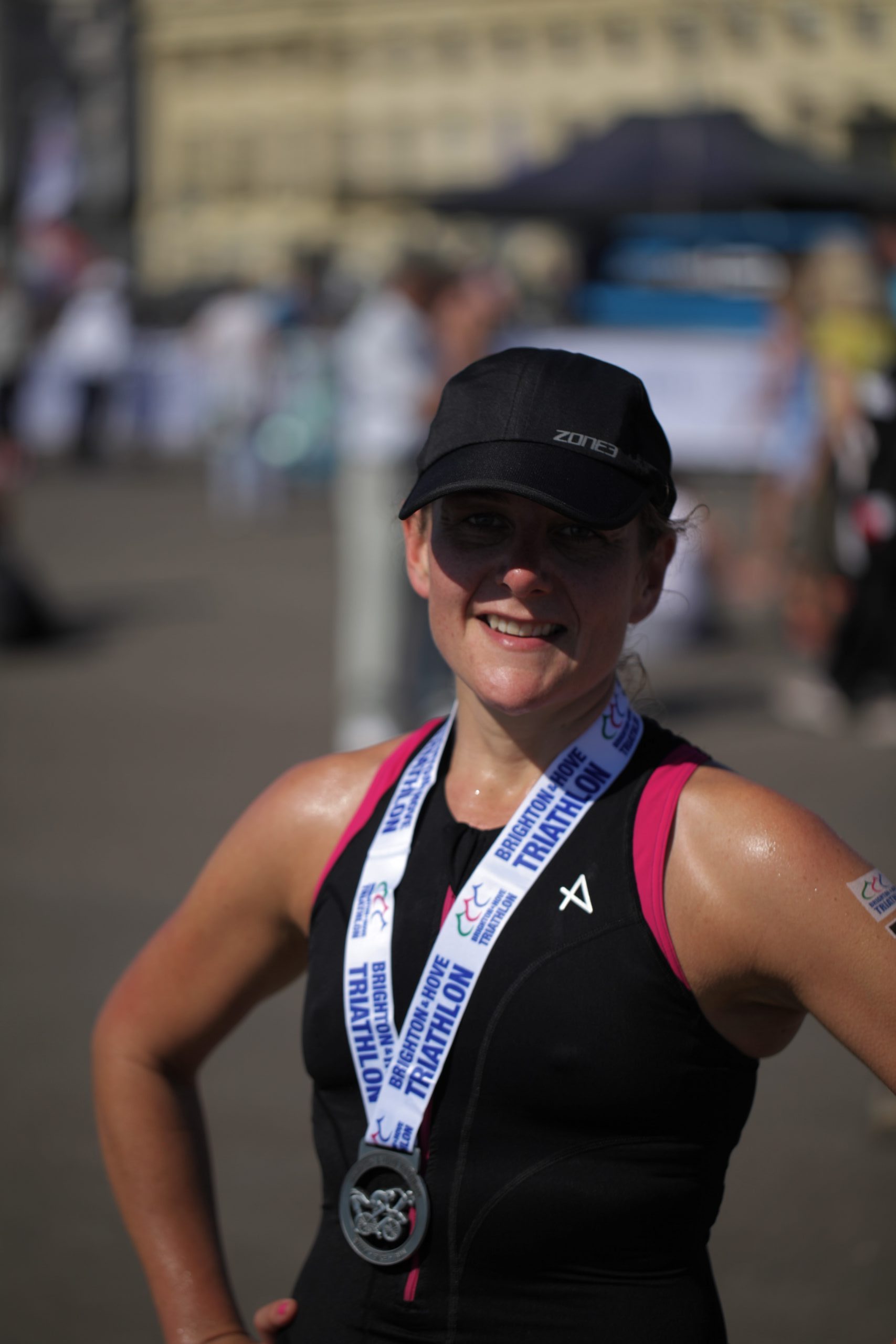 Taking up the triathlon before her daughter was born, Mrs Meyer returned to the sport in earnest after her son was born. The seed was first planted by a coach who saw she had the potential to qualify for the British Age Group Team.  This proved the catalyst to embark upon a three-year mission to compete, in her 40th year, against other athletes in the 40-45 years age category.

Fitting in the gruelling training required to compete at this level means that Mrs Meyer’s schedule starts at 04.50am. Mrs Meyer is being coached by Vicky Gill (ex-professional triathlete) and Alan Murchison (performancechef.com) who plans her daily meals.  As a member of the Precision Race Team Mrs Meyer has access to excellent group training sessions with other age group triathletes.

Commenting on the upcoming competition, Mrs Meyer says, “I’m so pleased to have the chance to compete later in the year and am working hard to prepare for the competition. I’m lucky enough to have access to the great sports facilities and swimming pool at King Edward’s, fitting in lunch time swims and regularly heading to the gym for running practice on the treadmill. I actually have the School to thank for initially igniting my interest in competitive swimming, since it was a staff training session that provided the first step towards my journey into competitive sports. I hope that my achievements will help inspire our pupils and other mums to realise it is always possible to fulfil your dreams – at any age.”