Last week the History Department, in collaboration with the Development Department, presented ‘King Edward’s: Living through History’. A total of five Old Witleians, including both former staff and former pupils, zoomed into History lessons to speak to the pupils about their personal experiences of some of the events pupils study. These sessions shared a unique range of perspectives we are unable to experience through a textbook. The sessions were available to History in 4th to Sixth Form pupils and the wider school community. Each session is summarised by a pupil who attended, below.

Thanks goes to Mrs Megan Phillips, Head of History, and to our Development Team for organising these events, as well as to all the Old Witleians involved. Any pupil who missed the event can re-watch the talks on Firefly here. 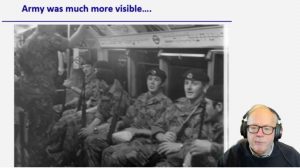 “During one of our talks this week we had a speaker talk about his time when he was involved in the Cold War, who was a former pupil at King Edward’s. Ian had been involved in the Army for ten years and during this time he had to deal with the threat of war, which he quoted that there was at the time they believed there was a “50% chance that during the many years of the Cold War” that another World War could happen. He talked about the many experiences he had, good and bad, during his service. Something in particular that I thought that was interesting was the defence strategies which he was involved in. He showed us a short clip of what types of bombs they used in which to blow up 200m bridges in which to stop the Russians from crossing them. Ian mentioned that he was one of the many soldiers who had to dive in the water in which to plant these dangerous explosives. Although there was a huge threat of war that accumulated for a these years, he said that there were also some fun parts to being in his position; for example, getting to know the locals and how they all were friendly to each other. Another aspect was his experience of working with the Harrier Jump Jet which he said was his favourite part of being in the army at this time, by being able to work with the aircraft. Overall, the talk about Ian’s experience in the Cold War was very interesting as we were able to see a different perspective of what the Cold War was actually like.” – Max, 5th Form pupil.

“Today we had the pleasure of meeting one of the ‘Old Wits’ – Gareth through Zoom. He told us his fascinating story of his experience in the Democratic Republic of Congo as part of the United Nations. Despite having not studied this topic yet, Gareth clearly explained to us the threats from the rebel parties and the three main countries involved in the exploitation of this country rich in resources, as well as his role in encouraging rebels to settle their lives in their villages. It was eye-opening for me, as I realised the lengths humans would go in order to claim the natural resources that lay underground. Gareth’s part a peacemaker amongst the unsettled people was truly heroic. Having listened to first-hand evidence about the history of the United Nations, the topic itself has become ever more intriguing.” – Yoon-Jee, 4th Form pupil. 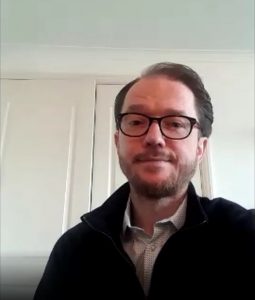 “I had been studying the Russian Revolution, and the USSR in the Cold War during my History lessons, so Mr Kirill Kalinin’s talk was extremely interesting for me. He talked about how he grew up in both Poland and the USSR, and so for him it was easy to compare the differences in freedom between those two countries. For example, Mr Kalinin mentioned that he had grown up listening to western music in Poland, but once he returned to the USSR he could no longer do so. This struck me, because in the 21st century especially with streaming platforms such as Spotify, I can access all sorts of music from all across the world. Music has been something I take for granted, so it never crossed my mind that you could be denied from listening to music. Another point from Mr Kalinin’s talk which struck me was how difficult it was to get into university. He shared a personal experience where he had gotten grades to enter a university, but later his mark was changed so that he failed. On Zoom, he talked casually about the fact that this happened a lot, and universities often dropped students to make space for other students who had power or had done the university a favour. As someone who is applying university in the near future, it horrified me to think of something like that happening to me. Overall it was a very intriguing talk, and it made me consider the luxuries I had in life just by having the freedom to do what I wanted, and be who I wanted to be.” – Kokoro, Lower Sixth Form pupil.

“Doc was a white South African who grew up in a school without the presence of any black people meaning he had no idea what they were going through. He told us about the history of South Africa. Around 1,000 years ago, black people lived in central Africa and were sparsely populated. Earlier, in 1652, the Dutch put up a little station in Cape Town where food and water could be supplied to the ships as anybody from Europe who wanted to get to India had to sail around southern Africa – this is when the whites initially settled. Likewise, the French Huguenots came down after fleeing persecution for being protestant due to a religious war between Holland and Belgium. These are the originators of what we know to be white Afrikaners, they were Calvinistic and believed that South Africa was their promised land. Moreover, black people, known as the Bantu, came down in small groups. However, the British also found South Africa to be of interest and after a war with the Dutch, they had taken over. The French Huguenots wanted a separate identity from the British so moved to Johannesburg and established their own communities and states.

Doc supported apartheid and was part of the South African army fighting against the African National Congress (ANC) with Nelson Mandela being viewed as his most highly regarded enemy. The ANC were primarily fighting for the injustices against black people before apartheid was even set in law. In the 1960s, they were unsuccessful with dialogue and therefore formed a military wing that was supported by the Russians. That is why they were seen as a communist party and a communist threat to South Africa. Doc emphasised that due to the propaganda that he was exposed to, he and other white South Africans were not equipped with the same level of critical thinking that we have the right and ability to do so today. Doc was taught that white people were superior to black people by the minister and that it was God’s way, and this was never questioned because he was not allowed to do so. He only studied how barbaric the black people and British were, and this explains why he was a supporter of apartheid. In his 50s, he started to realise how those of influence had corrupted him into what he thought was right at the time.

Doc also mentioned that in 1994, with the change of Government, 500,000 people have been murdered showing just how South Africa is an incredibly violent society. Interestingly enough, the most dangerous profession is to be a farmer in South Africa as more farmers are killed as a percentage than of any other occupation worldwide. South Africa averages easily 20,000 deaths a year compared to Norway (where he now lives) who has an average of 50. There is an understanding that this is partly because of South Africa’s wider history of violence from its very beginning – the Dutch, the British. Doc also revealed that nepotism is a major contributor as between 1920 to 1960, black people in South Africa had the lowest infant mortality and the life rate increased to 64, almost parallel to that of Europe’s, whereas that has now changed. He believes that under apartheid there was a disregard for black people’s lives, yet despite this having been replaced with black rule, the violence has not ceased. This can be seen as a reason why some white people are still racist as they look back at the past and think the economy and crime has become far worse. So overall, Doc sees apartheid as having abused human dignity, yet this has been replaced by nepotism – the Government’s self-interest and not the interest of the people. Furthermore, when Doc was at school, 80% of the money for education was spent on 10% of the people (the whites as the minority), whereas now this money is trying to be distributed equally meaning there is less money for white schools or hospitals. In many white people’s eyes, they see it as a reverse of the previous situation.” – Lucianelle, Lower Sixth Form pupil. 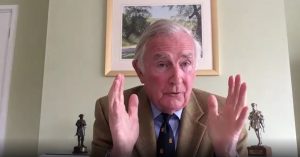 “Brigadier Michael Constantine was a former King Edward’s pupil who studied here from 1955 to1961, before joining the army and being stationed in Germany during the Cold War. His talk gave insight into what it was like to be there at the time, information that would otherwise be unobtainable from the textbook alone. Many of us were familiar with the Cold War as it is a brief topic in the IGCSE history syllabus, however the talk enhanced our understanding of it. Brigadier Constantine spoke about how soldiers were constantly being trained in West Germany to know the surroundings very well and be prepared for war to break out at any second. Should war break out, NATO’s forces would have been faced by the two million men of the Warsaw Pact, which consisted of the USSR and her satellite states, Bulgaria, Czechoslovakia, Hungary, Poland, Romania, and Albania (who withdrew in 1968). In fact, it seemed to him and others at the time that the Cuban Missile Crisis would cause the Cold War to escalate into a nuclear war. Perhaps one of the most intriguing parts of the talk was when Brigadier Constantine recounted witnessing a man trying to escape from the East when he was stationed by the border of East and West Germany. Upon crawling under the barbed fence, he got stuck and was promptly shot by the Eastern soldiers. The border was situated slightly beyond the fencing, thus Brigadier Constantine and his fellow soldiers were forced to watch the man die and his body be removed, as a slight misstep across the border would have been seen as provocation and could have sparked a war. Certainly, hearing about these events from a person who lived through them was extremely fascinating and beneficial to us students.” – Nathalie, 5th Form pupil.