An exciting start to the Cricket season for the First XI who played the awe inspiring London based MCC in an exhilarating one day match on 27th May.  Chosen through the normal selection process, the home team (5th Form and Sixth Form) players were selected as a result of their training attendance, commitment and attitude. 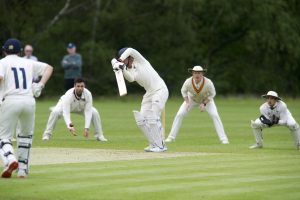 In previous years, this fixture was a regular occurrence at King Edward’s but, for a variety of reasons, it sadly fell by the wayside. However, thanks to the refurbishment, and re-establishment of the new cricket pitch and the focus being very much on raising the profile and building the awareness of cricket at King Edward’s, it has once again become an annual planned commitment. Subsequently this was the first ‘real’ game of cricket some of the teenagers have played at School.

As a well established and world-famous Club who dictate rules of cricket, The MCC enjoy the luxury of being able to pick from hundreds of good Club cricketers, contracted County players and those looking for an entry into the professional game. This is always a prestigious fixture to be involved with as each team member plays as hard as they can to uphold The MCC values of the game 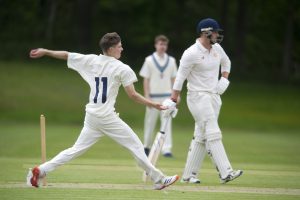 The King Edward’s match started at 11.30am when the first ball was bowled, a break for a BBQ lunch in the middle, the game continued until around 5.30pm. Within their team, The MCC had several probationary candidates looking to cement their membership chances and during the match, two of their batsmen scored centuries, the final score was King Edward’s 1st XI – 103, MCC – 285/2. A match cream tea at the end of the day involved lots of discussion at the Cricket Pavilion before playing the final game. 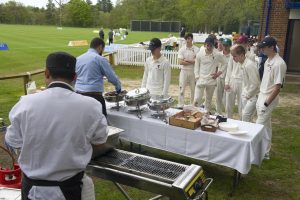 Grafton House pupil Alex, from Guildford, captained the King Edward’s team. Leading from the front he displayed his excellent abilities throughout the day by playing to The MCC values. Ultimately chosen as ‘Player of the Match’, Alex was awarded the traditional MCC cap by their captain during the mutual team thank you presentations on the field at the end. 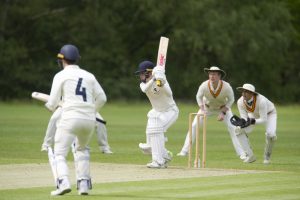 Mr Sammy Laurent, a member of the King Edward’s Sport Department and one of the School cricket coaches commented, “It was such an exciting day for our young cricket players as it was the first time The MCC had been able to visit any school this season due to the inclement weather. We had perfect conditions and a thoroughly enjoyable match. The pupils really enjoyed their day meeting and mixing with members of such a highly regarded Club. Hopefully, it will inspire them to continue, to keep playing, and learning with ambition to join the best Club.” 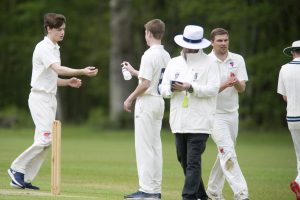 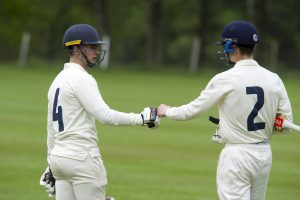 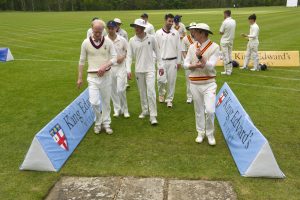 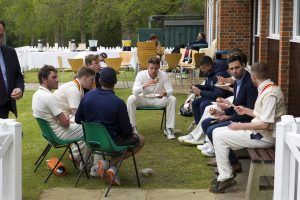