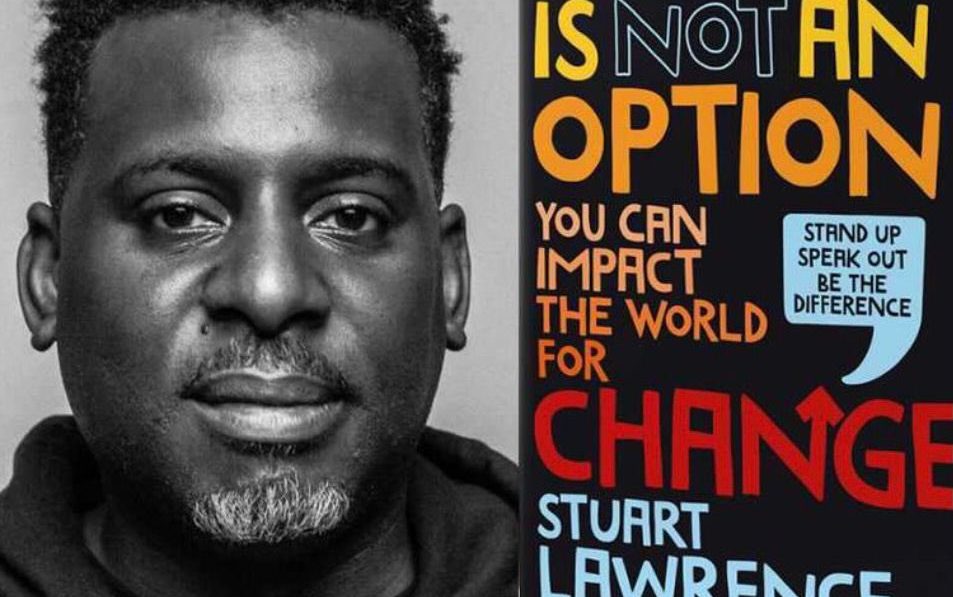 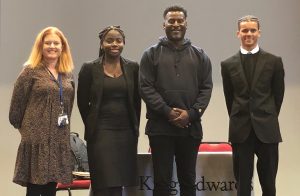 On Friday 8th October, as part of Black History Month, the Honourable Stuart Lawrence visited the School to give a talk to an audience of pupils, teachers and staff. He was warmly welcomed and accompanied by Chelsea and Azariah, two 5th Form pupils, throughout his visit.

Stuart’s story was powerful and thought provoking. He spoke without malice about the tragic murder of his 18 year old brother Stephen in a racist attack in April 1993, and how his family had to adjust to the sudden loss of a son and brother.

After leaving School, Stuart studied graphics and design at the London College of Printing before going on to read Graphic Communications at Northampton University. After working in various jobs, and having always been interested in helping young people, his career ultimately led him into education, teaching at a secondary school in South-West London for 15 years. Having decided to leave school life quite recently, Stuart now focuses on working with young people in Schools and youth groups, sharing his story and his messages about hope and tolerance.

During his presentation, Stuart highlighted ‘micro aggressions’ and ‘unconscious bias’; the stereo-typical perceptions cast about black people. The importance of community relations was reinforced throughout his presentation, pausing before declaring to the audience that “we all have privileges; we need to have understanding and respect”.

Stuart is a hugely optimistic and personable character. He ended his presentation by talking about his book, ‘Silence is not an option’, written (as a dyslexic) during lockdown. It is filled with advice and questions for young people including ‘facing the fear of failing head on’. The afternoon came to a close after a wide variety of enthusiastic pupil audience questions and a loud round of applause. Stuart was then invited to join some of the senior pupils for supper in the Dining Hall and further discussions.

Chelsea, Lower Sixth pupil, said “Stuart reinforced the importance of coming together as a community and spoke about the prevalence of racism in the UK, encouraging the pupils at King Edward’s to participate in an open discussion.”

Azariah, fellow Lower Sixth pupil said “Everyone who attended was moved by the story of Stephen Lawrence’s death. It was an honour for Chelsea and I to have the chance to discuss a range of topics and to ask Stuart some questions before his talk. The Q&A with the audience prompted very stimulating responses – it was so inspirational and thought-provoking.”