“Your Careers Future in…” Performing Arts

The latest in the “Your Careers Future” series of talks focused on careers in the Performing Arts. Two speakers from different areas of the Performing Arts industry talked about their journeys in their careers, and well as tips and tricks on how to succeed. 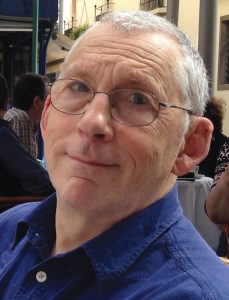 First to speak was Philip Glassborow, writer and director. Starting off in youth theatre, Philip joined a drama society who performed at schools before going back to college to study for his A-levels, and then accepted a job in local journalism. After leaving this profession to follow his passions, Philip started writing, directing, and producing for theatre, radio and television.

As part of the session Philip held a guessing game for pupils to guess some of the famous actors and actresses, he worked with over the years. These included Dame Judi Dench, Hayley Atwell, Brian Blessed and Jonathan Rhy-Davies. He then went on to share more about his career journey, and how he was told to pursue a ‘stable’ career over the Arts and while he did this for a while, he argued that there is no such thing as a ‘stable’ career and he would advise pupils to “do what you want to do“. While Philip shared that journalism was not what he really wanted to do, by choosing to follow this career initially he believes it made him a better writer, and aided his career. He stated, “the reality is you might need another job while working in Performing Arts, but this will only help you in the long run. Even a job as a server can teach you transferable skills”. Philip also shared information about his newest venture, a show entitled “The Unicorn and Joe” opening Summer 2021 at London’s Arcola Outside , to which the King Edward’s Drama Department have been invited. 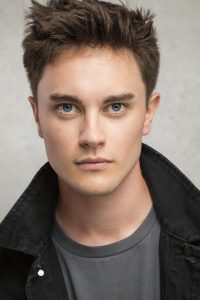 The second half of the session was lead by student actor Miles Henderson. Miles is in his third and final year on the BA (Hons) Acting – Musical Theatre course at the Royal Central School of Speech and Drama. Miles shared his journey of how he was accepted into ‘Central’, and how he originally was going to study medicine at university before being encouraged by his teacher and mentors, including Philip Glassborow, to follow what he really loved doing. He shared his audition progress for Drama School, including advice on learning speeches and monologues whilst you are still young and your memory is fresh. He also advised pupils that many people do not get in to Drama School on their first attempt, but if they really want it, they should keep trying.

Some of the advice shared for Drama School auditions included, “to trust yourself and don’t apologise for who you are in the room” and that the interviewers “will know what they are looking for, you have to show them that what they want is you”. He also shared more information about his ‘next steps’ into the acting world, including how to get an agent. Miles also talked about his experience of acting in the play Antigone, as several of the pupils had starred in King Edward’s Drama Department’s own production of the play during Lockdown.

The session ended with a Q&A from both men, where pupils asked their questions and received further advice. They shared that the most successful performers are not only the ones with training, but the ones who are nice people, as your reputation will follow you. Miles also shared that, “actors will help each other get the role, and you can’t wait for someone to employ you, you have to employ each other“.

Director of Drama, Mrs Lynsey Cleaves, shared the following about the session, “Miles and Philip offered sound advice and affirmation that Careers in the Arts are fulfilling and achievable. It was a pleasure to hear their stories and their passions and talents shone through on the Zoom.”

She summarised several ‘Top Tips’ from the session:

5th Form pupil, Azariah, added the following, “I enjoyed last night’s talk. Both visitors were very informative. I really enjoyed hearing about the routes and the different job features they have.”

Pupils interested in reading or performing plays in addition to their usual Drama class, should contact Mrs Cleaves, who would be happy to share her large collection of brilliant plays with them. All pupils have access to the National Theatre Collection, featuring over 30 filmed performances – for log in details please contact Mrs Cleaves.

Thanks go also to Mrs Moira Davies, for organising such a wonderful Careers event for our pupils. Any pupil who missed the event can watch the video on Firefly here at their leisure.