In the Autumn Term, we launched our Spy Academy video game as a pre-cursor to running Spy Academy on site at King Edward’s Witley. If you haven’t played yet follow this link to give it a go! So we were very excited to open the doors of our ‘real’ King Edward’s Spy Academy to 18 young trainee Spy Cadets from our local Prep and Primary Schools on Saturday 26 February, with sessions continuing for three Saturdays until 19 March. The apprentice sleuths undertook new assignments each week. ‘Interrogation’ was their first workshop and after an introduction and quickfire training session, they were divided into teams of two or three.  Agent Dominic Slater then led the 9 and 10 year olds through a gruelling hour of learning how to interrogate. Equipped with police style notebooks they each created an identity, learnt it by heart and resolutely stuck to their story throughout challenging questioning by their fellow spies. Some chose to take the ‘hot seat’ at the front of the room and proved very convincing. 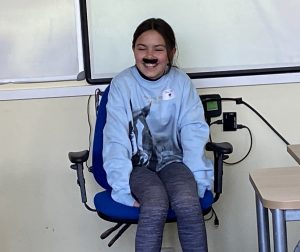 Agent Nick Emsley hosted the week two workshop entitled ‘Hidden Treasure’. The Spy Cadets were handed a bundle of documents containing important information they would need for their task ahead. Starting with a couple of short films, the Spy Cadets were tested on what they had seen….or not! 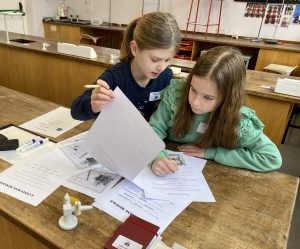 With their observation now heightened, the young spies had to source clues to the whereabouts of the King Edward’s hidden treasure located somewhere in the grounds of the School. Using maps, spot the difference diagrams and jumbled up letters it was a relief when everyone succeeded and the location of the hidden treasure was discovered.

The Spy Cadet’s final assignment on 19 March was ‘Undercover activities’ led by Secret Agent Harris-Jones and her two Assistant Agents, Raphael and Etienne. Due to the nature of the task, the Spy Cadets where taught key hand signals and shown how to ‘walk like an animal’ while using distraction techniques. Leaving the safety of the room, their mission was then to go outside to find the hidden ‘booty’ which had been placed around the School before bringing it back to the designated meeting point as proof. The young Spy Cadets then trooped to Piccadilly Café for the presentation of their official King Edward’s Spy Academy Certificates. Great excitement was witnessed all round. 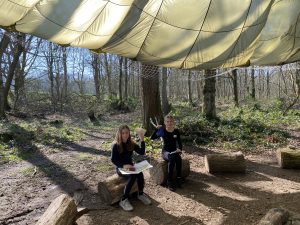 We were delighted to receive some wonderful feedback:

“Edward had a fabulous time at Spy Academy and was bursting to tell me all about it when he came home! Thank you so much for making the past few weekends so much fun for him. He thoroughly enjoyed the experience and is very excited about King Edward’s Witley.”

“Owen had a wonderful time! Thank you so much for organising”

“I thought it was organised brilliantly and such good fun for the children. What a wonderful idea. Sammy had a fabulous time. Thank you to everybody involved.”

“Thank you very much for organising such a great event for our children.” 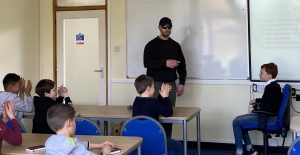 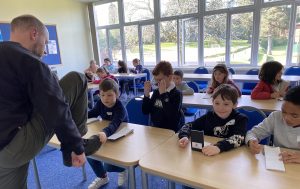